Kanye West’s ‘Ye’ Album Reviews: What the Critics Are Saying 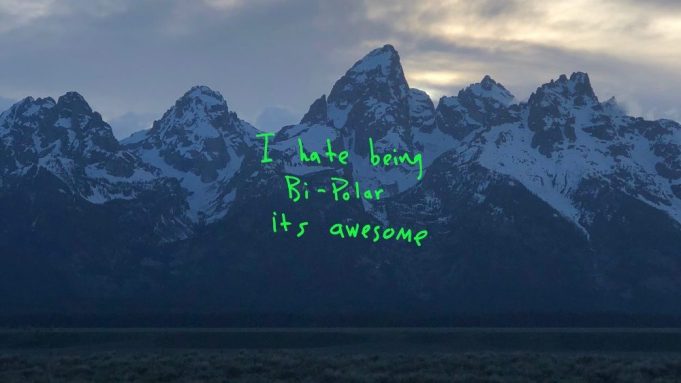 Kanye West’s seven-track album “Ye” was released on Friday, allowing plenty of critical reviews and public opinions to roll in over the weekend.

West’s eighth studio album, following 2016’s “Life Of Pablo,” chronicles the rapper’s public breakdown and recent months of controversial comments, including speaking in support of President Donald Trump and declaring that slavery was a choice. To the surprise of some, though, the album doesn’t tackle many of the subjects that West has been vocal about on Twitter, instead focusing more on his personal life.

In his review for Variety, Andrew Barker questions how his public persona lines up with his music, saying, “At best, his unvarnished loutishness just seemed like another facet of his messy humanity; at worst, he was a constant screw-up with a knack for extravagant make-up gifts. But after his alienating support of Donald Trump and stunningly asinine recent musings on slavery, plenty of his longtime fans have been rather publicly pondering if the great Kanye compromise is still worth it. Judging from a dozen listens through his eighth solo album, ‘Ye,’ we’ve been right to wonder.”

See more highlights from the critical response below:

“‘Ye’ is West’s shortest release, and the second in a scheduled quintet of seven-song albums on which he serves as producer (Pusha-T’s magnificently venomous ‘Daytona’ arrived last week, with Nas, Teyana Taylor and a West-Kid Cudi collaboration still on the way). But in spite of its sitcom episode-length, it demands more patience than just about anything he’s offered before. Not the outright disaster that some might have feared, but far from the return to form that might have helped heal his battered reputation, ‘Ye’ sees the onetime innovator stuck in a holding pattern, too far gone to notice just how much the landscape has shifted beneath him.”

“In a way, ‘Ye’ is what everyone wanted. The word ‘Trump’ appears nowhere on the album. Kanye only acknowledges his risible claim that ‘slavery was a choice’ obliquely, and with regrets (‘I ain’t finna talk about it another four centuries’). He doesn’t attempt to fit the hateful rhetoric of his YouTube thought leaders in with the progressivism of his earlier work, as he did on the unintelligible ‘Ye Vs. The People.’ He never says ‘poopity scoop.’ People turned off by the messy, in-media-res excess of ‘The Life Of Pablo‘ will find it his most concise record. If you missed the old Kanye, well, he’s here, bringing plump, stirring soul samples—and if you missed the new Kanye, there’s plenty of abrasive, ‘Yeezus’-style abstraction, too. Ye, as always, contains multitudes. The album strives only to reflect this, from its cover art—which proclaims ‘I hate being bi-polar, it’s awesome’—to the journey conveyed across its slim runtime, from utter darkness to something like a new day dawning.”

“Politics have served largely as clickbait for the surprisingly slight ‘Ye,’ which is part of a promised string of seven-song albums produced by Mr. West: Pusha-T’s ‘Daytona,’ which was released May 25, to be followed by a Kid Cudi-Kanye West collaboration and releases from Nas and Teyana Taylor. While Mr. West’s previous releases have made musical leaps, ‘Ye’ often comes across as a recap, revisiting the gospel mutations of his 2016 album ‘The Life of Pablo,’ the revamped sweet soul of ‘The College Dropout,’ the rock heft of ‘My Beautiful Dark Twisted Fantasy’ and the stark synthesizers of ‘Yeezus.’ On ‘Ye,’ Mr. West’s focus is not on America but on his all-encompassing self-absorption: as a celebrity, a rapper enmeshed in beefs, a husband, a parent and a case study in bipolar disorder. The cover photo for ‘Ye’ bears a handwritten message: ‘I hate being Bi-Polar its awesome.'”

“If West has successfully pulled off anything this album cycle, it is managing expectations with all the shameless savvy of his in-laws, the Kardashians. Of course, Kanye West was never really going to get canceled. West knows better than anyone that a few decent beats to remind people of The Old Kanye are usually enough to replenish one’s goodwill, bleak as it may be. And while ‘Ye,’ whose diminutive title feels appropriate, may be vacant of soul and full of punchlines like, ‘Don’t get your tooth chipped like Frito-Lay,’ it is at the very least not West’s alt-right album—that’s where the bar is set now. Nor is it the Performance Art 101 bait-and-switch some fans had hypothesized. Instead, ‘Ye’ reveals that the past month’s flailing attempts at iconoclasm were building up to exactly nothing: It is an album born from chaos for chaos’ sake, an album that can barely be bothered to refer to that chaos with anything more committal than a Kanye shrug.”

“‘Ye,’ at its heart, is a cry for help. And it gets to the terror and chaos of 2018 — a year defined by mass shootings, unruly men with god complexes (West included), and absurd ideas. The darkest and most twisted thoughts in our society have been activated and motivated — in politics and popular culture. ‘I love myself way more than I love you / And I thought about killing myself today / So best know I thought about killing you,’ West says on the opening track. The song, ‘I Thought About Killing You,’ then settles into a medicated beat with screams on the down-beat. It’s chilling. The mood is terrifying, coming from a man who’s said he developed an opioid addiction following plastic surgery.”

“Sonically, ‘Ye’ resembles ‘Pablo’ but, perhaps appropriately given its terse title, more stripped-down, with the occasional pitch-shifted voice dropped in to add uneasiness. ‘Ye’ doesn’t deviate too much from the lyrical concepts of ‘Pablo’ — it blends the trivial and the life-or-death like on the darkened-club ‘Yikes,’ where he declares his bipolar syndrome (which he calls out on the scrawled-on-iPhone-pic cover) to be his ‘superpower’ and compares the U.S.-North Korea tensions to his long-simmering beef with Wiz Khalifa. ‘Wouldn’t Leave’ is a love song that doubles as an apology to his wife; closing track ‘Violent Crimes,’ which features a shoutout to and cameo by fellow stratosphere-dweller Nicki Minaj, draws from the ‘I respect women more now that I have daughters’ well that’s simultaneously frustrating and a relief. But it wouldn’t be a Kanye album without fundamental contradictions to the very end.”

“Two years after ‘Pablo,’ Kanye’s new ‘Ye’ album offers fresh insight into the artist’s rocky travels. If the lyrics are to be believed, the months he took off press and public appearances last year don’t seem to have won him much peace. Track one opens with a monologue pondering if not death, then suicide, depending on the answer to the question of who is hearing West say, ‘I thought about killing you.’ These songs gush about psychedelics, prescription drugs, and extramarital affairs, then they fret over what Kim Kardashian-West will make of all of it. ‘I think Prince and Mike is trying to warn me,’ a song appropriately titled ‘Yikes’ theorizes. ‘They know I got demons all on me.’ ‘Ghost Town’ includes a pledge not to ‘bet it all on a pack of fentanyl.’ Delivering the line over a beat that jams organ swells from Vanilla Fudge’s ‘Take Me for a Little While’ together with vocals from Shirley Ann Lee’s wistful gospel tune ‘Someday’ is a dizzying trick. The producer’s expert handle on sounds and samples lends the message extra gravity.”

“Though the first listen felt lukewarm at best, having the opportunity to listen to it three times an hour has helped ‘Ye’ immensely. It’s a general rule that the more you listen to an album the better it sounds (though this rule has plenty of exceptions), and Kanye, true to form, has provided enough on ‘Ye’ that multiple listens are rewarded. It’s still too early to make a qualitative judgement on an album like this after a matter of hours, and there may not be enough to uncover here that will support the weight of months of listens, but the fact that I’ve been able to run through it tens of times in a matter of hours has pushed my opinion in a positive direction every go-around. And, in that sense, even more than ‘Daytona,’ ‘Ye’ feels like an antidote to the streaming-induced bloat that’s become the norm for topline hip-hop albums in the few years.”

“Much of ‘Ye’ – Kanye’s nickname – feels raw, personal and up-to-the-minute, the album cover-shot having been taken on an iPhone as a private listening party and album streaming session was being set up last Thursday in Jackson Hole, Wyoming. Yikes – one of the best tracks, musically – bounces and swings, as West raps through an entire pharmacy of drug references, harking back to the episode last year which found him hospitalised for exhaustion: ‘on meds, off meds.’ If there is a valuable seam of wisdom on this record, it is the fear of legal opioids, the prescription medication implicated in the deaths of Prince, Michael Jackson and countless others.”