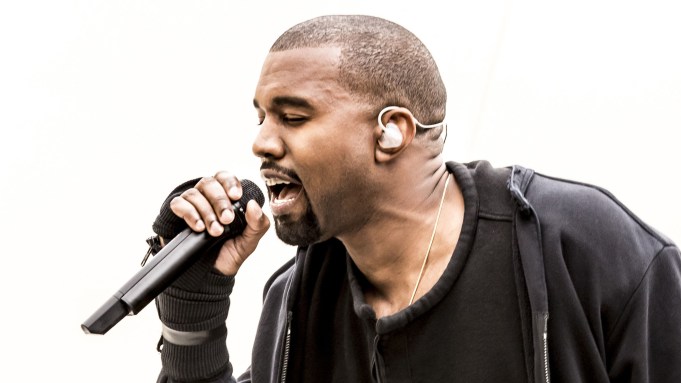 UPDATED: After throwing a listening party for the ages in Jackson Hole, Wyo., Kanye West dropped his latest album, “Ye,” Friday at 12 a.m. ET. The party itself was streamed via the WAV app.

Aside from the usual suspects like Apple and Spotify, the philosophizing Twitter user also invited fans to head to Stationhead for a “communal listening session and discussion” to “weigh in” on the rapper’s latest music venture.

Via an app called Stationhead, West held an exclusive listening session that aired live at midnight. Considered a “social radio” app, Stationhead offered fans the ability to participate in a live public discussion after listening to the album. To join, listeners were required to download the app and simply launch it at midnight. The app can be accessed through Spotify and Apple Music accounts, once logged in.

As far as tracks are concerned, West tweeted in April that his new album would feature seven songs. Guests on the LP include Nicki Minaj, Ty Dolla $ign, Kid Cudi, and Jeremih.

my album is 7 songs

The rapper also took to Twitter in April to announce his upcoming album with Kid Cudi — set for a June 8 release.

me and Cudi album June 8th

it's called Kids See Ghost. That's the name of our group