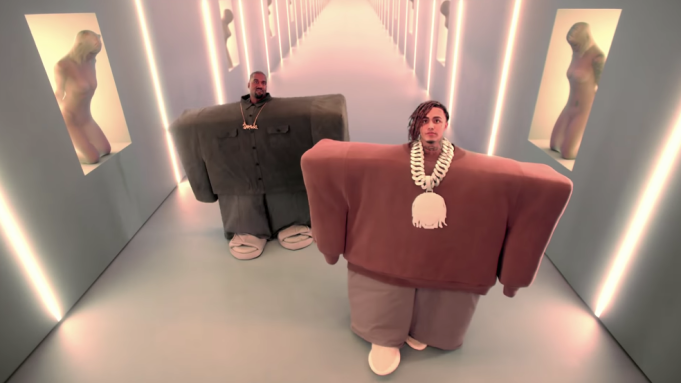 During the show West dropped a NSFW new track and video with Lil Pump called “I Love It” that features Adele Givens. The two-minute song consists of little more than a beat accompanied by obscene or pornographic lyrics by West and Pump (the latter of whom told fans this week that he’ll be going to jail for a couple of months on parole-violation charges), while the video shows the two of them following Givens down a futuristic hallway in giant, comical, rectangular suits and oversized slides, taunting her with the song’s lyrics. Executive-produced by Spike Jonze (who helmed the films “Being John Malkovich” and “Adaptation,” as well as West’s videos for “Only One,” “Otis,” and “Flashing Lights”), it was directed by West and Amanda Adelson.

Thursday night’s activity is the latest in a manic creative burst from West that has seen him release five albums — two of his own and three produced for others — in a five-week period over May and June, as well as several standalone songs (including the recent track “XTCY”) and some fashion-related endeavors.