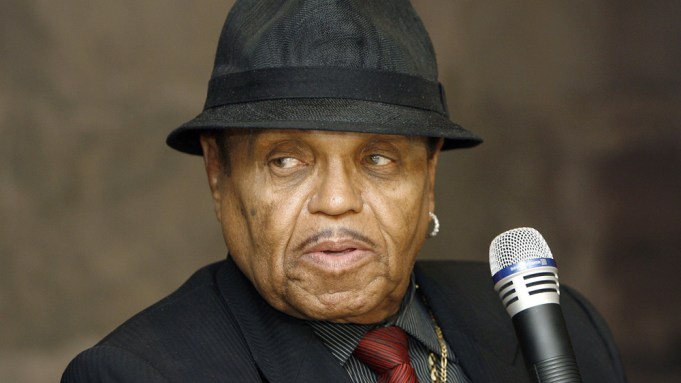 Joe Jackson, the iron-fisted patriarch and manager of an American musical dynasty that included the hit-making Motown Records group the Jackson 5 (later the Jacksons), its megastar lead singer Michael Jackson and soloist sister Janet Jackson, has died following a battle with cancer. He was 89.

The estate of Michael Jackson confirmed Joe Jackson’s death. “We are deeply saddened by Mr. Jackson’s passing and extend our heartfelt condolences to Mrs. Katherine Jackson and the family,” co-executors of the estate John Branca and John McClain said in a statement. “We had developed a warm relationship with Joe in recent years and will miss him tremendously.”

TMZ was first to report the news of Joe Jackson’s death. In late June, several news outlets reported that Jackson was suffering from terminal cancer.

Jackson was a former Golden Gloves boxer, semi-pro musician and steelworker when he began coaching his pre-teen sons in a family band, initially known as the Jackson Brothers and later as the Jackson 5, in the early ‘60s.

In his drive to push his sons to the top of the American music business, Joe Jackson — who demanded that his children refer to him as “Joseph,” and not as “Father” or “Dad” — was a stern and allegedly abusive taskmaster.

He became a controversial and often reviled figure in his famous family’s very public lore. After attaining his glittering solo success, Michael Jackson — who was only six when he joined the family act — accused his father of physical and emotional abuse.

“He was very strict,” he told Oprah Winfrey in a sensational 1993 interview. “He was very hard. Just a look would scare you…There’s been times when he’d come to see me, and I would get sick. I’d start to regurgitate.”

Joe Jackson publicly attempted to defuse the accusations of harsh behavior, often maladroitly. In a 2003 BBC interview that attracted widespread attention, he said, “I whipped [Michael] with a switch and a belt…[but] I never beat him. You beat someone with a stick.”

By the mid-‘60s, the quintet of Michael, Jermaine, Tito, Marlon and Jackie Jackson was a popular local attraction in their hometown of Gary, IN. After a pair of releases on the local Steeltown label, the Detroit-based indie pop/R&B superpower Motown — which had initially passed on the act — signed the Jackson 5 to a contract in 1968.

Beginning with their debut hit “I Want You Back” in 1969-70, the Jackson 5 scored six No. 1 R&B singles, three of which topped the pop charts; during the same period, Michael Jackson reaped six top-five R&B singles, while Jermaine Jackson reached No. 3 on the R&B list with “Daddy’s Home” in 1972.

The Jackson 5’s relationship with Motown had deteriorated by the mid-‘70s, and in 1975 Joe Jackson negotiated a lucrative new contract for the group — minus Jermaine, who remained at Motown, and with brother Randy — with Epic Records, an imprint of industry giant CBS Records, as the Jacksons. Michael was simultaneously inked to a new Epic solo pact.

In 1982, Joe launched the musical career of his teen daughter Janet — by then a seasoned veteran of TV sitcoms — by financing the demo that secured a deal for her at A&M Records. (Sisters Rebbie and La Toya also had minor solo careers, with Columbia and Polydor respectively, in the ‘80s.)

In the late ‘70s and early ‘80s, the Jacksons, Michael and Janet all enjoyed stratospheric success within the industry, but they repudiated their father’s professional control. By the time his 1982 album “Thriller” made Michael pop music’s biggest star, Joe’s management control was contracting. The Jacksons severed ties with him in 1983. Janet similarly removed herself from her family’s influence, issuing the album and single “Control” as a statement of personal and professional independence in 1986.

Joe Jackson served as the largely estranged paterfamilias of his clan in later years, headquartered in a mansion known as “the Jackson compound” in the San Fernando Valley community of Encino. He and wife Katherine filed for Chapter 7 bankruptcy protection in 1999.

He re-entered the news after Michael’s sudden death in June 2009. He stunned attendees at the BET Awards days later by announcing the formation of a new record label, creating an outcry among the singer’s fans with his self-promotional appearance.

In a protracted wrangle over Michael’s estate, Joe was ultimately cut out of executorship and any share of his most famous son’s earnings.

Joseph Walter Jackson was born July 26, 1928, in Fountain Hill, AR. The eldest of five children, he ultimately settled in East Chicago, IN, with his mother and three siblings, attending Washington High School there. In 1949, after a brief marriage, he wed second wife Katherine Scruse, and the couple settled in Gary.

Between 1950 and 1966, the Jacksons had 10 children. One, Brandon, twin brother of fourth son Marlon, died shortly after birth: all the rest all enjoyed immensely successful careers in entertainment.

Joe Jackson began driving his children’s musical careers from early in their lives. Jackie, Tito and Jermaine became the founding members of a family act that grew to include Marlon and Michael.

While Jermaine claimed that his father rehearsed and worked his sons relentlessly in a 2005 interview with Larry King, he added, “He kept us off the streets.”

Following the group’s Motown signing — three years after the company had passed on an unsolicited demo — the Jackson 5 witnessed meteoric fame.

The pop and R&B chart-topper “I Want You Back” was quickly succeeded by three more double-barreled crossover No. 1 hits in 1970, “ABC,” “The Love You Save” and “I’ll Be There.” By the time the disco-era “Dancing Machine” became their last No. 1 R&B single for Motown, the group had racked up eight top-10 pop hits; overall, the label issued 17 top-10 R&B 45s by the act.

The group and its lead singer segued to even greater fame after the switch to Epic engineered by their father. The Jacksons peaked in 1979 with the top-10 pop and R&B dance hit “Shake Your Body (Down to the Ground),” drawn from the platinum album “Destiny.” By the time Michael Jackson attained breakthrough solo success with the triple-platinum 1979 album “Off the Wall,” his father’s management control was beginning to wane. At the height of his career in the ‘80s and ‘90s, he was handled by former Epic promotion VP Frank Dileo.

Following Michael’s highly-rated interview with Winfrey in 1993, Joe Jackson’s reputation began to decline, though his wife and most of Michael’s siblings publicly defended him in the face of abuse allegations. In the two-part 1992 biopic “The Jacksons: An American Dream,” he was played by former “Welcome Back, Kotter” star Lawrence Hilton-Jacobs.

Jackson’s health went into a steep decline following a debilitating stroke in 2015.

Jackson is survived by eight children from his marriage and an adult daughter, Joh’Vonnie, from a long extramarital relationship with Cheryl Terrell.