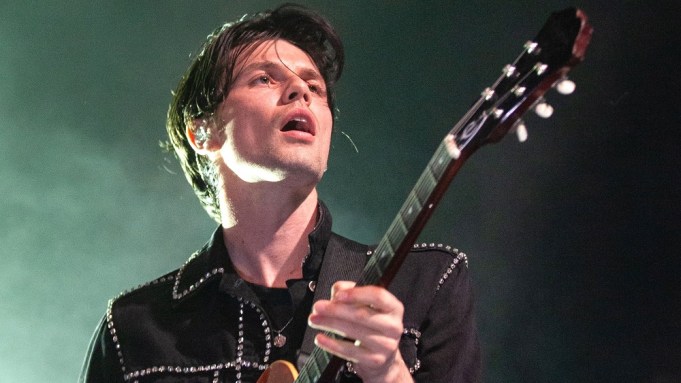 James Bay warmed up the crowd at London’s Twickenham Stadium before The Rolling Stones took the stage last night. But after Bay’s opening set, Stones frontman Mick Jagger invited him back onstage to perform a duet of the band’s hit “Beast of Burden.” The song, originally from 1978’s “Some Girls” album, saw a second life in 1984 when it became a radio and MTV hit for Bette Midler.

Before the show started, Keith Richards chatted with Bay and showed the singer some of his pre-show rituals.

After the performance, Bay took to Instagram to thank The Rolling Stones, citing the impact and influence the band has had on his career thus far. “This band has probably shaped the way I make music and perform more than anyone else,” Bay wrote. “Their relentless passion and energy on stage is so inspiring. I can’t believe last night was real. THANK YOU X.”

Bay previously performed onstage with Stones band member Ronnie Wood in 2015 after asking the guitarist to join him to play a cover of The Faces’ “(You Know) I’m Losing You” at the Brixton Academy. Watch below.