Grammys Step Up — for the Most Part — With Multiple Female Nominations 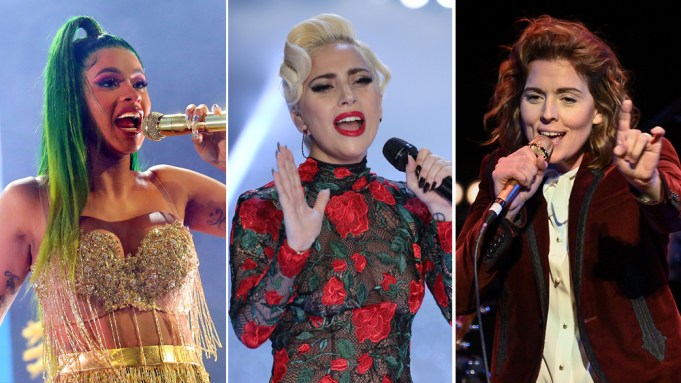 One of the ironies of the 2018 Grammy Awards was that even though it had the most racially diverse list of nominees (although not winners) in the show’s history, female artists were severely under-represented — not to mention in the winners and the show itself. The situation was enflamed by chairman Neil Portnow’s unfortunate post-show comment to a Variety reporter that in order to receive greater recognition, female artists and executives needed to “step up.” While he probably intended to say “step forward,” the damage was done, and the organization spent the next several weeks under a firestorm of criticism and calls for Portnow’s resignation (he announced in May that he will be stepping down next year), and ultimately formed an internal Task Force in an effort to correct the balance.

The proof, however, would not come until the 2019 nominees were revealed, and they seem to indicate that the Recording Academy and its Grammy-nominating committees received the message. While an apples-to-apples comparison isn’t possible due to the Academy’s decision to expand from five to eight the number of nominees in the top four categories — Album, Song and Record of the Year, and Best New Artist — all show solid female representation.

“Reflection, reevaluation, and implementation have been the driving forces at the Recording Academy over the past year,” are the first words in Portnow’s official statement on the nominees, and the results reflect that. Last year, Album and Song of the Year each had one female nominee (Lorde and Julia Michaels, respectively, although two other Best Song nominees had one female cowriter) and Record of the Year had none; Bruno Mars won all of those categories. Three of five Best New Artist nominees were female; Alessia Cara won.

The Pop category is dominated by women — five of the six nominees for Pop Vocal Album are female — although racial diversity is a problem in that category; even the traditionally male-skewing Rock category sees St. Vincent getting a couple of nods.

Each of the R&B categories is half or more female, although rap continues to be overwhelmingly male, even with a pair of nods for Cardi B, a SZA co-bill and even one for, er, Christina Aguilera (a nominee for rap/sung). Country has at least two per category (and three of Country Album of the Year); Jazz, Blues, Americana and even Blues have at least one female nominee in nearly every category.

Looking at non-performer categories, many pointed out last year how difficult it is for female producers and engineers to be recognized. Linda Perry is a nominee for Producer of the Year, Non-Classical. Two of the five Classical Producer of the Year nominees are female, and Mary Mazurek has a nod for Best Engineered Classical Album. Mastering engineer Rebekah Wineman is nominated in the Best Historical Album category.

However, it is unclear what conclusions can be drawn from such a sampling, apart from the already obvious fact that the larger music industry remains male-dominated. Speaking with Variety, Portnow noted that several of the multiple nominees are producers or engineers and added, “To me, that’s a reflection of the music that was released and the producers and songwriters that were brought in by the labels or managers, and obviously we have zero input into that. Beyond that, I don’t have an answer that I can think of.”

However, he readily acknowledged the far greater gender diversity in this year’s overall list. “We always care about diversity and inclusion and we’re in a time where there’s a tipping point for some of the issues that need to be addressed,” he said. “So if you take that lens and say, ‘How do we create more opportunity and less possibility of bias or barriers to being inclusive?,’ this also speaks to that concern. So being able to implement [these changes] in a timely way, I think is really positive.”

Are things perfect, or even equal? No, but the 2019 Grammy nominations are a step in the right direction.