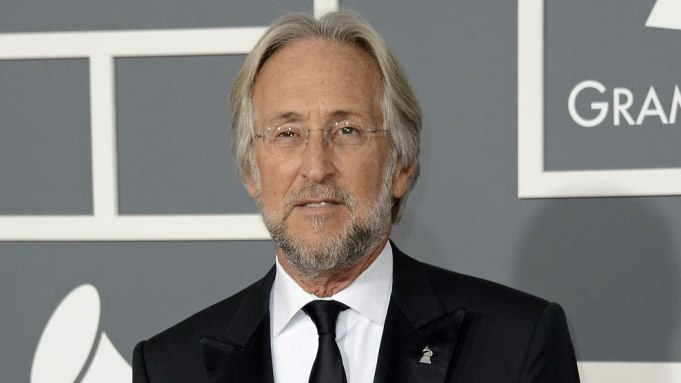 As anyone reading this probably knows, the Grammy Awards, and Recording Academy chairman Neil Portnow in particular, received a firestorm of criticism in the months after this year’s ceremony due to the low female representation in the nominees, the winners and the show — and by extension the industry at large. Fueling the fire was an unfortunately comment Portnow made to a Variety reporter immediately after the show, in which he said female artists and executives need to “step up” in order to receive greater recognition. While he later said he misspoke, and some of the criticism fell far beyond the purview of the Grammys and Portnow, much of it was completely valid. Portnow announced that he will be stepping down from his post in July of 2019, and the Academy formed an internal Task Force to further diversity.

All of the controversy seems to have had a positive effect: While the 2019 nominees list certainly isn’t perfect, it’s a vast improvement in terms of gender diversity (the 2018 nominees list was quite racially diverse, although the winners were not). Variety — which played no small role in reporting the criticism — spoke with Portnow about this year’s nominees, and how they reflect changes within the Academy.

It appears the Academy has taken the substantive criticism from the past year to heart.
Oh, there’s no question. Every year we have a review and a deep dive into everything to do with awards and the nominating committees — it’s a large group with lots of voices — and we look at how we’re doing. We always care about diversity and inclusion and we’re in a time where there’s a tipping point for some of the issues that need to be addressed.

How did that manifest itself? Not that everyone wasn’t aware of the issues, but were the committees told in any official or unofficial capacity to be more diverse?
To the specific question the answer would be no, but let’s talk about that. First of all, we took a look at the committees that we have all across the Academy, not just the nominations review, and we were in a cycle where we were making appointments to the national and nomination review committees, and we made a very deliberate effort to [diversify]. We’re on the ground in 12 cities across the country, we have a Task Force in place who have relationships and ideas for people that we might be overlooking, and you put that all together and we had a very targeted approach to creating committees that have diversity, both in terms of gender and people of color and underserved communities. As a result, we have the most diversified roster of committees we’ve ever had in the history of the Academy.

So people in those rooms this year were more diverse than ever, so we didn’t necessarily need to give them a mandate — the people in the room are going to speak to that. Number two, the objectives of the committees are really about the music — it doesn’t matter who made it as much as what it sounds like. However, the last piece I’ll add, everybody is listening to issues of diversity and inclusion. Is that a factor in somebody’s mind when they are making a choice? It wouldn’t surprise me if it is.

Was there any sort of quota or cross-checking system for diversity?
It would be very hard to do that because when people apply for membership or submit their music, we don’t require that kind of information — we’re not allowed to. Even when we do analysis we’re speculating — there are plenty of names that don’t indicate gender, and we don’t require ethnicity [to be listed], although you can if you want. So it’s difficult to precisely [analyze] in that way. It’s about the music, we wouldn’t look at that way.

So there’s no official “diversity” breakdown of the nominee list by gender or race?
Right.

I noticed that, as you go down the list of people with the most nominations, the female percentage drops pretty dramatically. For example, of the people with five or more nominations, five out of 11 are women. But for people with three or four, it’s five out of 31, and for people with two it’s even less. Do you have any idea what that might mean?
Well, that’s a little challenging because those variables are complex. Also, to me that’s a reflection of the music that was made that year and the producers and songwriters that were brought in by the labels or managers, and obviously we have zero input into that. Beyond that, I don’t have an answer that I can think of.

Were you surprised that Taylor Swift only got one nomination?
I’ve sort of given up crystal-balling in advance. I used to vote but I don’t now that I’m employed here because a Grammy can be determined by one vote, and I don’t want it to be me! Every year is going to be different and nothing totally surprises me.

Have you announced or decided what you’re going to do after you step down as chairman next year?
I was waiting for an offer to come and work with you guys. (Laughter) No, the way I’ve been putting it is: Elvis has not yet left the building. There’s lots to do, lots to finish, and it will have been almost 17 years in this job and at least 15 before that as a volunteer, trustee, national officer — probably half my life connected to this place, and I want to be of service in whatever I can do that’s of value. That’s stuff we have to figure out. I don’t have any big plans, although I do have some cool vintage instruments here that need new strings and are probably getting rusty, so having some time to do things like that is kind of exciting. And then starting a new chapter, however that plays out.