The road to No. 1 was more like a racetrack, with one strong pit crew at the finish line. 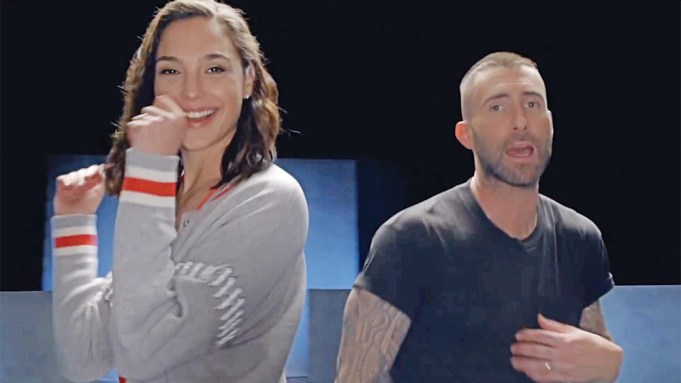 Maroon 5’s “Girls Like You” was fast-tracked onto the album “Red Pill Blues” at the eleventh hour and ascended almost as swiftly to the top of the charts. The song’s participants and stakeholders retrace the road to the finish line.

Starrah (songwriter): I was examining my feelings for a girl. Jason Evigan and Cirkut played around with sounds, and I started fitting my words in.

Nick Jarjour (Starrah manager): As she does, Starrah sat quietly, and after a few minutes of the guitar-loop intro, she said, “I’m ready,” went into the recording booth and delivered what you hear today.

J Kash (Maroon 5 executive producer): I thought it was a hit from the first time I heard Starrah’s demo.

Adam Harrison (Maroon 5 manager): We had to turn in the album on a Sunday, and we got a call on Saturday afternoon that one more song was coming in. Over the next 24 hours, we got it done. We were beyond all the deadlines and we pulled it off.

Adam Levine: I sang the song a thousand times.

J Kash: Adam is a perfectionist, so he probably didn’t need to sing the song as many times as he did. When Adam finds the sweet spot in his vocals the whole room fills up with rainbows and butterflies and compromise.

Cirkut (producer): The simplicity of the production is refreshing. We left a lot of space for Adam’s vocal.

Levine: We squeezed it on the record, thank God. [Then] I was thinking about whether the song needs a feature, or do we want it to stand alone?

Shawn Holiday (head of Urban, Sony/ATV Music Publishing): The song was a smash with or without a feature, but Cardi B was just coming on the scene, and while she was having big urban hits, they weren’t really crossing over to pop culture. She was basically a new artist. So by putting her on a song by an established group like Maroon, we knew it could help also take her around the world. As her publisher, I wanted that look for her as well.

Levine: A feature collaboration is a matter of what feels right. It’s anyone who can elevate the song. Cardi B was perfect. She’s out there speaking her mind.

Holiday: The song came out in the midst of the #MeToo movement, which is why I wanted a female on it. With Cardi, you felt the message of the song. And she gave it that raw, gritty, New York style.

J Kash: Once I heard Adam’s vocal and finishing touches, I was 99% sure it would take off… then I went to the video set and I was 100% sure.

Levine: The idea for the video was born out of listening to the song on repeat — the cyclical nature of it being kind of almost like a merry go round or a nursery rhyme. That’s how the roundness of it came into it.

Harrison: The video was also swinging for the fences — we had to coordinate shooting 25 girls over the course of three days — but it became this perfect groundswell of, “Hey, we’re on to something.”

Cirkut: I always knew the song was special, but no one could have predicted seven weeks at No. 1. Sometimes when everything lines up and you have all the ingredients of a smash hit, it just propels it to the next level.

Starrah: Watching it go from being a thought in our minds to the No. 1 song in the country just shows you the power of manifestation and the law of attraction.

Levine: The numbers game only matters so much, but when a song is No. 1 for seven weeks, the impact cannot be denied. There are people who have no idea that it’s us. It’s just in people’s coffee. I love that.