‘Frozen 2’ Already Has Four New Songs; Elsa and Anna Will ‘Go Far Out of Arendelle’ 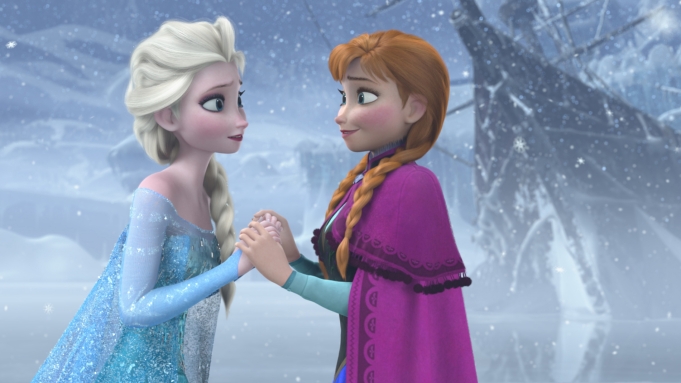 The “Frozen” sequel may already have its “Let It Go.”

“We have a new song that I think is an evolution,” Jennifer Lee, co-director of the first and second films, told Variety on Monday at the “Ralph Breaks the Internet” premiere in L.A. “It’s its own song…Bobby [Lopez] and Kristen [Anderson-Lopez] just delivered it three weeks ago. We’ve been working with them for two years and this song just came in and I love it.”

Lee, who is co-writing the follow-up with “Hidden Figures” screenwriter Allison Schroeder, said the song is one of four already chosen for the movie. “We have three more to go,” she said.

Lee also teased that the new film will, of course, focus on Elsa (Idina Menzel) and Anna (Kristen Bell), but it will be “bigger, more epic” than the first: “They’re going to go far out of Arendelle.”

Meanwhile, Lee talked about her fairly new job as Walt Disney Animation Studios’ chief creative officer. After John Lasseter left the company under a cloud of workplace misbehavior allegations, Disney announced in June that his responsibilities would be split between Lee and Pete Docter, the director of “Inside Out,” who was named chief creative officer at Pixar Animation Studios.

“There’s a new energy of us just being fearless,” Lee said. “What we’re really investing in now is what is the future generation of filmmakers…We’re taking our seasoned directors and they’re mentoring. There’s an energy of bringing new voices in and creating films that just push us to the next place. The doors are open for everyone to really participate.”