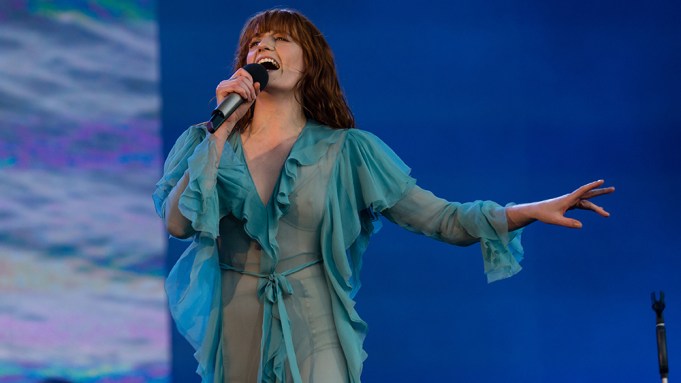 For the first time since 2015, Florence and the Machine is back with new music.

The band released a new single, “Hunger,” on Thursday, accompanied by a music video, and announced that a new album is also on the way this summer. “High As Hope,” Florence and the Machine’s fourth studio album, will be released June 29 on Republic Records.

The 10-track record was entirely written by frontwoman Florence Welch, and marked her first time co-producing (alongside Emile Haynie) one of her band’s albums. She recorded the majority of “High As Hope” in solitude and later brought in collaborators Kamasi Washington, Sampha, Tobias Jesso Jr, Kelsey Lu and Jamie xx.

“There’s a lot of love in this record, loneliness too, but a lot of love,” Welch said in a statement.“It’s always a work in progress, and I definitely don’t have everything figured out. But this feels like quite a pure expression of who I am now, as an artist, and an honest one. I’m just more comfortable with who I am.”
Of the new single, Welch said, “This song is about the ways we look for love in things that are perhaps not love, and how attempts to feel less alone can sometimes isolate us more. I guess I made myself more vulnerable in this song to encourage connection, because perhaps a lot more of us feel this way than we are able to admit. Sometimes when you can’t say it, you can sing it.”

Florence and the Machine’s last album, “How Big, How Blue, How Beautiful,” was the band’s first to hit No. 1 on the U.S. album chart. The “Dog Days Are Over” group was also recently featured on one of Elton John’s tribute albums and will headline both FYF Fest and Outside Lands music festival this summer. Watch the “Hunger” music video above.