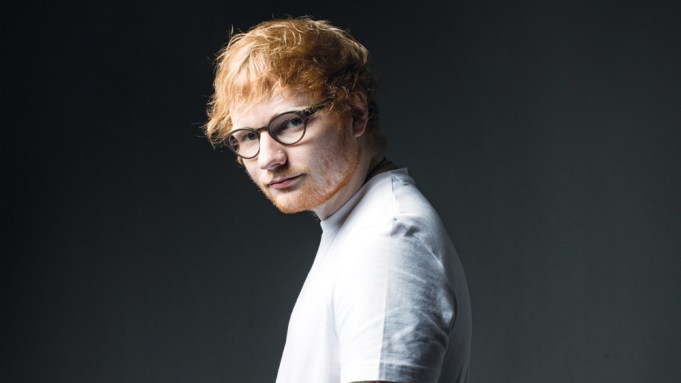 “I guess this is the first time on-camera you’re gonna see a song being written, so make sure you get all of it,” Ed Sheeran says in the midst of making “Songwriter.”

The documentary, set for release on Aug. 28 on Apple Music, is a collaboration between the hit-making musician and his cousin, Murray Cummings, over a span of 10 years. Sheeran shared the trailer for the film on his Instagram this morning.

The footage invites viewers to watch as “sounds become songs,” particularly during the writing process for Sheeran’s latest album, “Divide.”

“I just have a weird sense it’s gonna be the career-defining album,” he says in the clip. “All the songs have a thread that go through it and it’s all family.”

The video moves through clips of Sheeran at home, in the studio, and performing songs off the album onstage like “Galway Girl” and “Happier.”

“The album…it’s the peak of my songwriting and ability,” he notes. “The last two albums were building up to something.”

It also features home videos of Sheeran playing a myriad of instruments as a child including the guitar, of course, but also the piano, cello, and drums. Sheeran returns to his high school as well and talks to students in a music class, encouraging them that in his experience, “once all the bad songs had gone, the good songs started flowing.”

The trailer ends with Sheeran drinking a cuppa on a patio, musing that: “Songs are weird things. They just come and go. And never give you any warning.”