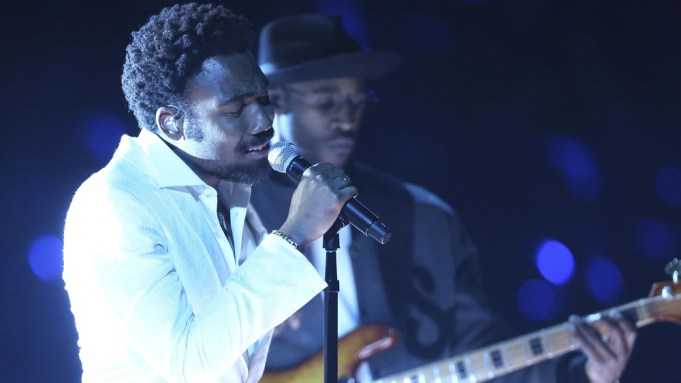 Last June during his performance at the Governors Ball Music Festival in New York City, Glover announced that his upcoming album will be his last. Backstage at the 2018 Grammys, he elaborated on his decision.

“I stand by that. I’m really appreciative of this. I’m making another project right now,” he said. “But I like endings, I think they’re important to progress.”

He continued, “I think if a lot of things had death clauses in them, we wouldn’t have a lot of problems in the world, to be honest. I think ending are good because they force things to get better.”

He performed “Terrified,” along with 9-year-old J.D. McCrary during the 60th annual show. The two are starring alongside each other in the live-action remake of “The Lion King,” where Glover is set to portray Simba and McCrary as young Simba.

In September, Glover took home an Emmy for acting and directing for his acclaimed FX show “Atlanta.”