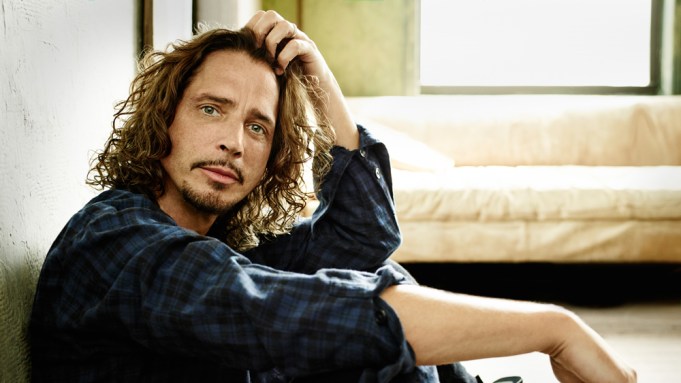 In a new video for Chris Cornell’s Grammy-nominated track, “The Promise,” the late Soundgarden frontman pledges his efforts to protect refugee children in war-torn countries.

The video features a number of short clips from stars, including Elton John, Tom Hanks, Barbra Streisand, George Clooney, and Hugh Jackman, promising to come together for the charitable cause.

The campaign is tied to Cornell’s song, written for Terry George’s 2016 historical drama of the same name, which centers on the Armenian genocide. Cornell’s proceeds from the song were donated to refugee aid organizations.

“The Promise” actors Christian Bale and Oscar Isaac also make appearances in the clip, along with Cornell’s children, Toni and Christopher. “From basic human rights to women’s rights, my dad believed that if we each vow to keep one promise, we could work to make the world a better place,” Toni says.

Cornell opens the video vowing to fight for “the world’s most vulnerable children.”

“The idea of supporting whatever you’re passionate about, and to me, that’s what The Promise campaign is, and that’s what I like to speak about,” Cornell says before the clip concludes.

Cornell was given a posthumous award at a Human Rights Watch organization dinner in November for his involvement with the cause. Cornell worked with the late composer Paul Buckmaster on the track.