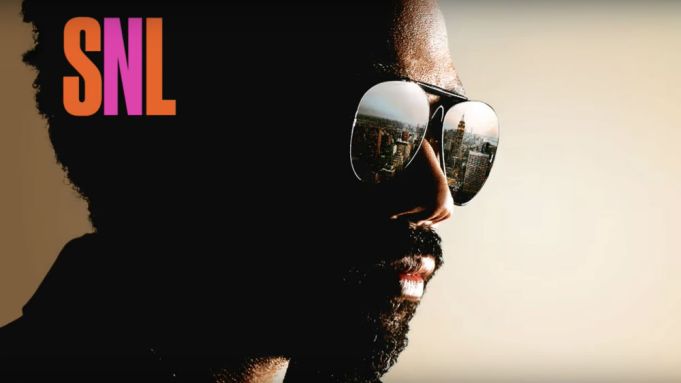 With a tour, a new record deal, a new video and two brand-new songs performed on “Saturday Night Live,” it looks like Childish Gambino’s forthcoming forth album may be arriving sooner than later. Gambino — a.k.a. Donald Glover — turned his appearance on the show into a multi-faceted promotional vehicle, serving as both host and musical guest and appearing in nearly every skit on the show (including a mock-horror sketch about Kanye West’s tweets and another in which a rap trio styled on Migos — who, in another connection, have appeared on Glover’s popular television show “Atlanta” — are in a therapy session.

The photo of Glover that appeared directly before he performed his new song “Saturday” was clearly styled on the cover of Stevie Wonder’s 1971 album “Music of My Mind,” and that reference was likely no accident: The combines a Caribbean feel with a strong early-‘70s vibe reminiscent of Wonder songs like “Boogie on Reggae Woman” and “Golden Lady.” He was introduced by Zoe Kravitz — Lenny Kravitz and Lisa Bonet’s daughter — who then joined a group of partying people surrounding Glover and his band, who sipped drinks from red plastic cups, danced and played dominos. The song concluded with a heavy percussion breakdown while Glover danced.

Later in the show he performed another new song, “This Is America,” for which he dropped a politically-tinged new video directed by Hiro Murai (who has worked on previous Gambino videos and also directed several episodes of “Atlanta”). Filmed in a large warehouse, the video features a shirtless Glover dancing comically between scenes that alternate between humorous (his dancing and facial expressions) and disturbing (he pulls out an assault rifle and shoots both a hooded captive and, apparently, a gospel choir). In the video’s closing moments, SZA (or someone who looks an awful lot like her) makes an appearance, sitting on a car and looking briefly at the camera.

Glover recently left Glassnote Records for RCA and is expected to release a new album later this year. He will head out on tour in the fall with special guests Rae Sremmurd and Vince Staples; he is also performing at a new installment of his elaborate Pharos festival in New Zealand in November. Glover has said that the next Childish Gambino album he releases will be his last, explaining, “I think endings are good because they force things to get better.”