The clip for "1999" features close to 20 pop culture references from the turn of the millennium. 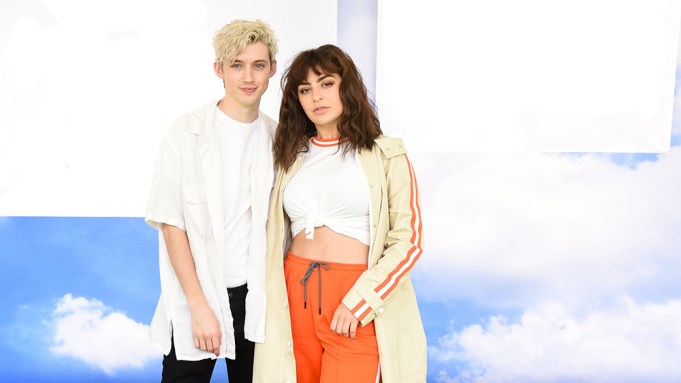 Charli XCX and Troye Sivan want to party like it’s 1999 and do so in spectacular fashion with a new video that celebrates ’90s pop culture.

In the clip for the song “1999,” Charli XCX and Sivan playfully parody famous movie moments from “Titanic,” “American Beauty,” “The Matrix” and “The Blair Witch Project.” The video also features a cameo from “Dancing Baby,” of Ally McBeal fame, and a lyrical nod to Britney Spears’ hit song “… Baby One More Time.”

The video — directed by Charli and Ryan Staake — also throws back to the heyday of MTV’s “Total Request Live” as the pair continue to play dress-up. Sivan plays a convincing Justin Timberlake doppelgänger. He also nails it as Eminem and a Backstreet Boy. For her part, Charli embodies Apple co-founder Steve Jobs who sat cross-legged for the computer company’s iconic iMac ad campaign.

“1999” is the latest release from Charli, who also put out “Focus,” “No Angel,” “Girls Night Out,” and “Girls” (with Rita Ora, Bebe Rexha, and Cardi B). She is about to head out on the road for more dates as part of Taylor Swift’s “Reputation” tour.