The rapper is engaged to Migos member Offset. 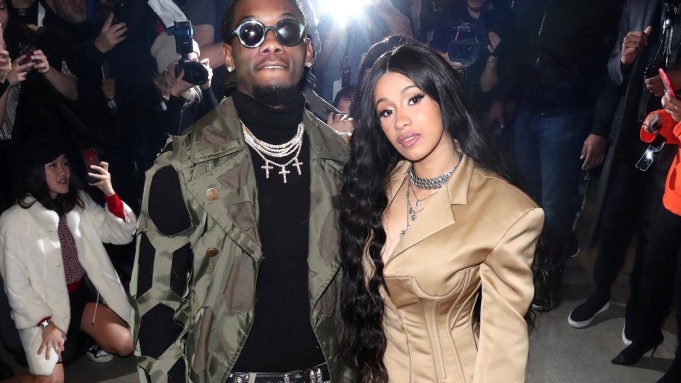 Cardi B took a cue from the Beyonce handbook and confirmed that she is pregnant on live television. The rapper was performing her second song, “Be Careful,” on April 7’s “Saturday Night Live” when, outfitted in a form-fitting white dress, the camera panned out to reveal a very visible baby bump. Cardi B is engaged to Migos member Offset.

In footage from backstage following the performance, Cardi B, while making her way among throngs of well-wishers, declares, “I’m finally free.” The rapper had been dogged by rumors for some time. Cardi B performed a mash-up of her hits “Bodak Yellow” and “Bartier Cardi” to kick off her “SNL” debut.

The “SNL” appearance comes on the heels of Cardi B’s first full-length album, “Invasion of Privacy,” which was released on April 6. This coming week, she will co-host “The Tonight Show Starring Jimmy Fallon.”