The Boss performed three songs with the California punk band at Sea. Hear. Now., including a cover of Johnny Cash's "Ring of Fire." 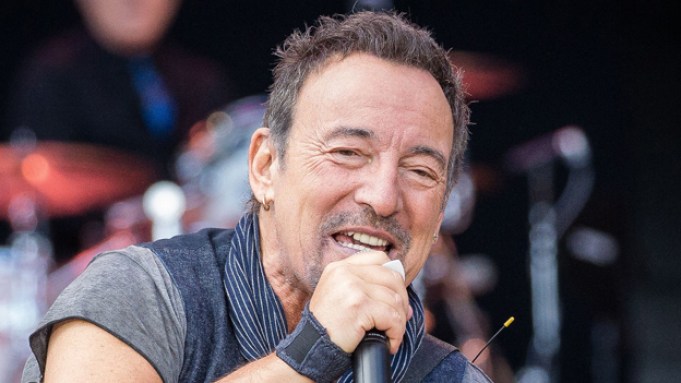 Social D singer Mike Ness set the mood by introducing that a guest would join the group to “sing a song or two.”

“Do you know who I’m talking about?” he asked the crowd, already chanting a chorus of “Broooooooce.”

Dressed in a checkered, short-sleeved shirt, Springsteen strapped on a guitar and joined the group for a three-song knockout of “Bad Luck,” joining in on a verse and adding a scorching guitar lead for good measure.

Springsteen and Ness have shared the stage before. Ness joined The Boss at the Los Angeles Sports Arena at an April show in 2009 for a performance of “Bad Luck” and “The Rising.”

Springsteen had also previously joined Ness with his solo group, The Mike Ness Band, in Asbury Park prior to the 2009 gig, according to the blog Springsteen and Us. “But for me to do two songs with the E Street Band in front of his crowd, that’s an entirely different thing,” Ness said at the time. Ness added that it was Springsteen’s choice to do “Bad Luck.” “He likes to solo on that riff.”

The festival, which also featured a pop up art gallery, was produced by Danny Clinch’s Between The Sets and C3 Presents, the team behind Lollapalooza, Austin City Limits Music Festival, Shaky Festivals and more.

The beachside gathering featured three stages. Two were located on the beach and the other was at Bradley Park across from the Paramount Theatre.