The veteran A&R executive remembers the artist's showmanship and gift for melody. 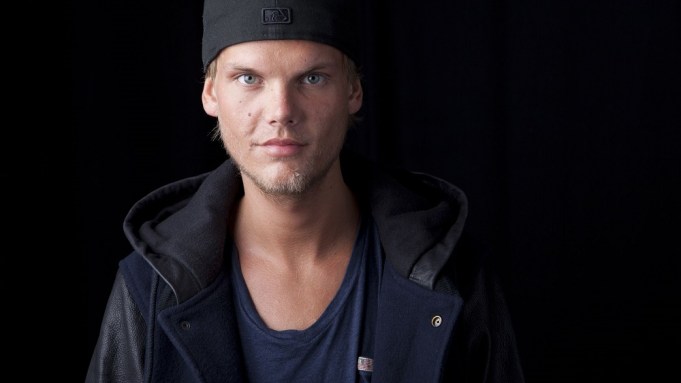 News of Avicii’s death on April 20 has hit the music industry hard — not just because he was one of the most successful dance music producers of the last decade, but also because Tim Bergling, the man behind the EDM moniker, was beloved as a human being.

Among those closest to Avicii were the executives who signed, developed, managed and promoted the Swedish innovator. They include: Per Sundin, Universal Music Group SVP, Nordic Region; David Massey, current CEO of Island Records, who’s due to leave his post in June (Avicii was signed through Universal Music Sweden); At Night Management’s Ash Pournouri, who steered the star through his breakout years (the two split in December 2016; Avicii was last managed by Mark Sudack, who posted a loving tribute on Instagram); longtime publicist Diana Baron of Diana Baron Media; and business partner Christer Thordson.

One of the people to spend hours in the studio with Avicii was Geffen Records president Neil Jacobson. A veteran A&R executive, Jacobson started working with Avicii on “Levels,” the international smash that would launch the DJ’s career into the stratosphere, and on through his subsequent releases. In fact, Jacobson reveals that Avicii had a new album finished. The two had just talked some 48 hours before Bergling’s body was found in a hotel room in Oman. And as Jacobson explains, it was not uncommon for the artist to drop off the radar and travel to exotic locales, particularly after long stretches of intense music-making.

Discussions over what to do with Avicii’s unreleased songs are ongoing, and Jacobson, who manages hit producer Jeff Bhasker in addition to running the label that’s home to DJ Snake and Emile Haynie, is reticent to share details of guest features or a sonic theme, but happy to remember the supreme talent he was fortunate enough to know.

How long had you worked with Tim?
Neil Jacobson: A long time. He was my guy. I’ve been with him since we signed “Levels” to Interscope. From then on, I’ve been really close with Tim and he’s been a great friend. He’s a great kid. I’m careful to not apply hyperbole here because it’s easy to do when somebody passes, but talk to anyone that knows him and [they’ll say] he was just a good, kind kid.

Right from the beginning, it seemed that he was exalted to be the next big thing. Why was that?
Tim was an original. It’s a through-line for how he made music. He was very aware of what was happening and very keen to go a different way. He always focused on freshness and having a sound that was original. At the time when he came up, he always had a foot in what was happening at the moment and a foot in something completely different and unexpected.

What were your earliest memories of getting to know him and his music?
The first time I heard about him was at the Identity Festival around 2010, give or take. I remember seeing the name Avicii pop up near the top of the bill and saying to my guys, “Who the hell is Avicii?” …  Then I heard “Levels,” and I was, like, “Wow, that’s big.” It was a big record, a big sample, a big idea, a big drop. And when you saw him, he had this incredible look — the plaid shirt, the blond hair, the great record. He had this air of you couldn’t get close to him. He maintained that mystery in the first year when “Levels” was growing and growing. It was the great rise of modern EDM, modern dance music, and he rode the wave like a surfer. He was just right in the front of it.

There was an EDM glut during those years, what was it that drew fans to Avicii?
Part of it was how big “Levels” was and how original and fresh the sound was, and part of it was his persona. But all of that together just exploded. … The real thing with Tim was his uncanny sense of melody — the kind that sticks in your head. It’s not the chords. It’s not the synth tabs. It’s the melody of “Levels” and “Wake Me Up.” It’s funny because in the dance world, so often you have the DJ providing the track and the beat, which he did. But, people don’t know that the secret sauce with Tim was his melody. The understanding of it, how to identify it. He always picked out the right one. He always knew how to direct the singer. He was very involved in the phrasing — how the singer entered and exited each vocal. Nobody did what Tim did and I think that that’s why he kept having hits.

What was the status of his next album?
We were working on it and it was his best music in years, honestly. And I know because I [A&R’d] all of his albums. He was so inspired. He was so psyched. We had done a month of grinder sessions. We had to actually put end times on the sessions because Tim would just work for 16 hours straight, which was his nature. You had to pull him out. Like, “Tim, come on. Go to bed. Get some rest.” … It’s just a tragedy. We have this incredible, magical music.

Was he a perfectionist? A workaholic? An overachiever? How would you describe his drive?
All of it. All accurate. And all related. Overachieving, workaholicism, perfectionist. Correct. Correct. Correct. Until he would swing to the other side. Why was he in Oman? I was like, “Tim, where is Oman? I don’t even know.” He was, like, “I’m going to Oman. It’s going to be cool.” That would be Tim. He would slam so hard and then he would pull out like a fighter pilot.

When we were putting out the last EP — because we had talked a lot about the future [of music] and that it wasn’t really about albums anymore, but it wasn’t about singles, so we were going to put out collections in blocks — right before the thing is getting ready to be delivered and I’ve got final mix and final master for him to [sign off on], I’m hammering Tim every day. As the A&R guy I’ve got to get the record done. All of a sudden, he jumps on a plane and flies to Machu Picchu. We didn’t hear from him for three days. Then Tim posts an Instagram video of a llama and plays the song “Friend Of Mine” in the background. Of course, he was right. His fanbase exploded, it goes all over the internet and is the number one trending topic everywhere. It set off the record perfectly from Machu Picchu. That was him. Like, “Really, Tim? A llama?”

So what’s going to happen to the record?
I have no idea. I’m going to sit down and talk to the family once everybody has a chance to take a breath. I’ve never actually had this happen with an artist I’ve worked with before and this closely. So, I don’t know. We’ll try to get some advice from the family and everybody’s going to put their heads together and try and do what we think Tim would want us to do.

Are there any features on the album?
There’s a few. I’d rather not say who. Tim had a list of people he was hoping we could reach out to for this album. That was actually the last communication I had from him two days ago, and that’s haunting.

His live shows drew massive crowds yet he decided in 2015 to effectively retire. Was he turning down offers constantly?
Every once in a while we would touch on the subject. Like, “Hey, what if you did this show?” He’d say, “No, no, no. I’m not doing shows, but if I did do something I’d probably play an underground club somewhere unannounced just for the fun of it.” He missed that element of it. He missed the actual DJing. He loved pure dance music. You want to go lose your mind? Go to a middle of pit of a festival crowd for an Avicii concert. He understood the ebb and flow of a show, of a set, of how to get people to dance; How to know when to let them down. How to know when to bring them back up, and bring them back down again. Then you’d end up crying three-quarters of the way through the show and you didn’t know why. That’s what he did. That was his talent.

What kind of money did he leave on the table?
Those offers didn’t come directly to me, but my perspective was as follows: What would happen when Tim finally came back and did a show? I believe it would’ve been a seven-figure show just to start. … With the onset of hip-hop and what’s happening in the music world now, if Avicii had come back in a year or two and done a show, there’s so many people that would’ve been so happy to get out there and dance and just lose their minds to an Avicii show. It would’ve been just beautiful.

What was going on with his health? Many presumed he had a substance abuse problem because he was starting to look emaciated, but he also was suffering from chronic physical pain, as documented in the 2017 film “True Stories.”
I can’t tell you much because I just don’t know. I will say this, if any of those rumors were really true, I feel like I would’ve seen it. And as much as I’ve been around him,  I never saw anything. He didn’t party. He would go to a club to listen to the DJ.

What are you going to miss about Tim?
I will not miss him calling me at 4:15 in the morning. (Laughs.) He didn’t understand time. It didn’t make sense to him. He would be nocturnal often. He just didn’t really understand boundaries when it came to that. … I can really only speak to his music and his creative force in the studio. His respect for art, creativity. He strived to be a great artist. It was never, “The record’s good enough. Let’s go.” It had to be great, and I’ll miss that.