Continue to Variety SKIP AD
You will be redirected back to your article in seconds
Apr 20, 2018 12:58pm PT 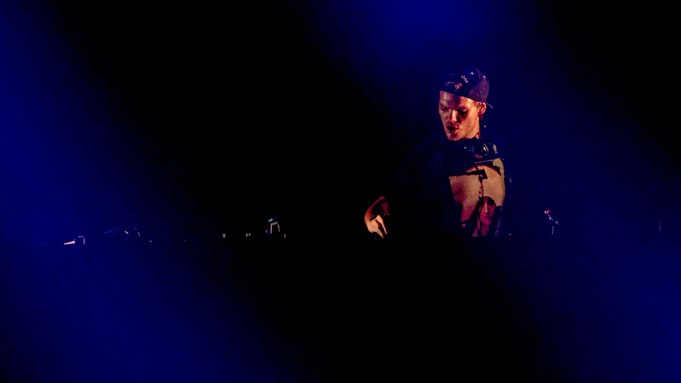 Avicii began his music career in 2009 as a producer and went on to achieve international stardom, racking up Top 10s on the Billboard Hot 100 and Billboard Dance/Electronic Chart. He was also nominated for Grammy Awards in 2012 and 2013 for his songs “Sunshine” with David Guetta and “Levels.” He won the American Music Award for favorite electronic dance music artist in 2013.

Listen to some of the biggest hits over his career below.

The dance track released in 2011 was Avicii’s breakout hit. It reached the Top Ten in 15 countries. “Levels” samples Etta James’ “Something’s Got a Hold on Me” and includes her vocals. The video currently has over 300 million views on YouTube.

“I Could Be The One (Nicktim)”

Avicii originally performed this track a year before it was released in 2012. The song was a collaboration with Dutch DJ and record producer Nicky Romero.

“X You” was a part of Avicii’s project by the same name which he formed to create the world’s first “crowd-sourced” successful song. The music video features behind-the-scenes studio footage of Avicii working on the song and traveling to perform.

Avicii released his first studio album, “True,” in September 2013 with international hit “Wake Me Up” as the lead single. The song peaked at No. 4 on the Billboard Hot 100, dominated radio stations during 2013, and went platinum six times.

The Swedish artist co-produced the EDM song with Ash Pournouri as the follow-up single to “Wake Me Up” on his debut album “True.” It dethroned “Wake Me Up” on the U.K. Dance Chart to take the top spot.

Bluegrass singer Dan Tyminski provided vocals for “Hey Brother,” a dance track that incorporated Tyminski’s style as well as country. The video for the single includes clips from the Vietnam War. It currently has over one million likes on YouTube.

Avicii co-wrote this track with Mac Davis, Josh Krajcik, and Pournouri. He also collaborated with another American singer for this song, folk-rock musician Audra Mae.

Stepping away from a few of his typical partners, Avicii co-wrote “The Days” with Swedish Grammy Award-winning producers Salem Al Fakir and Vincent Pontare and U.K. vocalist Robbie Williams. The song was released on two-track extended play “The Days/ Nights EP.”

Among the co-writers on the second track off of the “The Days/ Nights EP” was American singer Nicholas Furlong. “The Nights” follows the folk rock sound found in “Wake Me Up” and “Hey Brother.”

Avicii produced this track with another successful EDM musician, Martin Garrix. The song was the lead single off Avicii’s second album titled “Stories.”

“Without You” ft. Sandro Cavazza

“Without You” was released as the lead single of Avicii’s EP “Avici (01).” It features vocals from Swedish singer Sandro Cavazza.

“Friend of Mine” ft. Vargas & Lagola

This was the last song uploaded to Avicii’s YouTube channel before his death. It was on his final EP “Avici (01)” and was solely produced by Avicii.