Aretha’s Biographer on the Complicated Woman Behind the Diva: ‘She Tried to Paint a Picture of a Happy Life’ 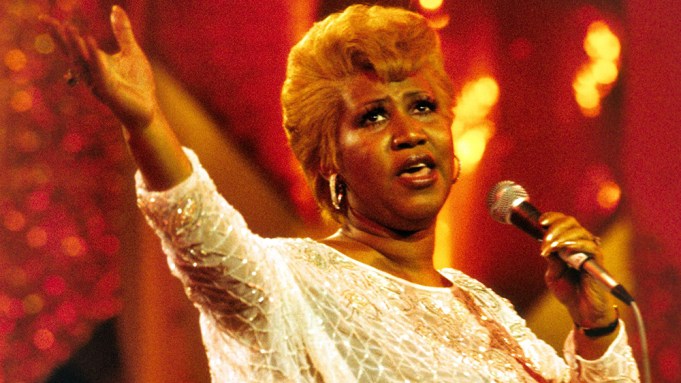 Noted music biographer David Ritz (Ray Charles, Marvin Gaye, Nat King Cole, B.B. King, Janet Jackson, Etta James) has written a pair of books about Aretha Franklin. He co-authored her 1998 autobiography, “Aretha: From These Roots,” written with her input. Then in 2014, he published “Respect: The Life of Aretha Franklin,” culled from interviews with those closest to her, which essentially shattered his friendship with the Queen of Soul, who was upset by its candor.

What was your experience like working with Aretha on her own autobiography?

I originally was introduced to her by Ray Charles. I chased after her tenaciously for 18 years before she agreed to do it with me. I couldn’t have been more excited. We worked on it for two years. I used to sit in her kitchen, her cooking and me eating, listening to gospel and jazz records. Ultimately, she wouldn’t go where I felt she needed to go, which was to the most difficult challenges in her life. She tended to gloss over them, which was her prerogative. We all have strategies for our own emotional survival, and hers was to idealize everything… her childhood was great, her marriage was great, she was never happier. She wanted to control her own narrative. She tried to paint a picture of a happy life. This is how she wanted the world to see her, the story she wanted to tell.

Was the relationship with her father a source of those conflicts?

I explored that complexity in my own book. Her dad (Reverend C. L. Franklin) was an intellectual and a progressive at a time when there were not a whole lot of progressive Baptist preachers. But he was also known as a ladies’ man who liked to frequent jazz clubs and entertain the likes of Oscar Petersen, B.B. King and Art Tatum at his house. Her story represents the opposite of something like “The Jazz Singer,” where the son is cast out because he wants to sing secular music. Her father encouraged her to sing jazz, pop and R&B because he embraced all the genres, and they all come from the same place. Aretha had no equivocations about singing anything. By the time she was 15, she had two different children with two different men. Aretha’s mom died when she was 10, so her grandmother for the most part raised these kids.

Aretha’s early years at Columbia weren’t very successful commercially. It wasn’t until Jerry Wexler got her to Atlantic, that they knew what to do with her.

It was the ‘60s, and the civil rights movement was in full swing. She’s proud, she’s strong, she’s the voice of the people. She demands “respect”; everything’s working for her. The irony was, Columbia Records did everything they could to have her record mainstream music and appeal to a mainstream audience so that they might cross her over. Atlantic had her sing rootsy, gospel R&B, doing non-mainstream music that ended up reaching the mainstream. It’s counter-intuitive, but that’s what happened.

She became a rock star, attracting a white audience along the way.

That’s what the era hungered for. Even more importantly, in 1967, at age 25, she was crowned the Queen of Soul by a disc jockey at the Regal Theater in Chicago. She embraced that role and hung on to that title until the very end. As time went on, she became even more regal, and I mean that in a positive way. She was dignified and strong. Being a black Queen in America in 1967 was a lot different than being a rock star. Maybe only Nina Simone had the same regality or grandeur. That’s a very unusual role for a music superstar to take. And it happened when America really needed that.

Was her role in the civil rights struggle ultimately her defining legacy?

You have to remember she was a child prodigy, a product of the golden age of gospel, much like Michael Jackson was a product of his time.  She was within a genre where you had to sing your ass off to survive. These are church singers with operatic chops. Like Bing Crosby, Louis Armstrong or Frank Sinatra, Aretha was an iconic voice that was able to embrace and express the paradox of the times. Because she was brought up in the church, her voice always expressed an essential optimism of praise and worship, a joyful noise. But she also has the blues of a hard life.

She brought the essence of sexuality to gospel music.

Exactly. These two things are happening at the same time, contradictory impulses coming together. She’s both up and down, filled with joy and filled with pain, and that’s what makes her voice so compelling. What people often forget is she was a great piano player. With “Respect,” she took a song that was a hit for Otis Redding, de-constructed it, then reconstructed it with a different groove, background harmonies… Aretha Franklin saw the big picture, she was a visionary, a producer. Jerry Wexler said she should have been credited as a co-producer back then. Aretha didn’t just walk up to the mic and sing. She came into the studio with her own charts, her own harmonies, her own grooves… It’s like Marvin Gaye, Barry White, Isaac Hayes. She has the big vision, the Phil Spector overview. That’s a big gift even if you’re not a world-class vocalist. That puts her in rarified company.

Her outsized personality often overshadowed the music in recent years. Her passing has offered us the opportunity to listen to the music in a much purer way.

That’s how we do. One of the ways we combat the fear of death is by idealizing. We make up stories to tell ourselves, to distract us from our own mortality. There’s a heroism in her journey. She survived her siblings, her mom and dad… I give her credit for keeping it together.

And she had a number of late-career successes, like the Carole King “Natural Woman” tribute for the Kennedy Center Honors, bringing tears to the eyes of President Obama.

Artists like Aretha are always sort of dangerous. You never know, just when you think the voice might be shot, they’ll get up there at any given time and tear your head off. Like Tiger Woods.

What was your personal relationship with Aretha like over the years?

She did want to do another book with me after the first one came out, but she wanted it to be more about her many honors and awards. I had something different in mind. I wanted to get at her vulnerabilities and fears. (Our relationship) was great until my book came out. She wasn’t happy with it. She was just very protective of her privacy.  She’s very controlling.