The singer delivered a pitch-perfect "(You Make Me Feel Like) A Natural Woman." 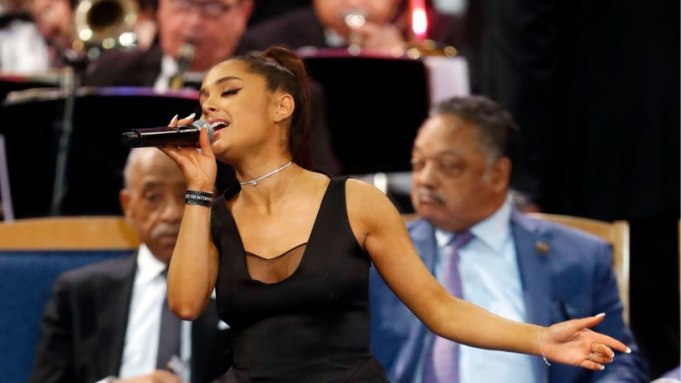 Among the performers at Aretha Franklin’s funeral, which takes place today at the Greater Grace Temple, in her hometown of Detroit, was singer Ariana Grande who delivered a pitch-perfect rendition of “(You Make Me Feel Like) A Natural Woman.”

Backed by a chorus of gospel singers, the 25-year-old represented the young generation of music makers influenced by the Queen of Soul. But the age gap was evident when the officiating reverend joked that, though his daughter is a fan, “When I saw Ariane Grande on the program, I thought it was something new on Taco Bell.”

He went on to call Grande “an icon herself.”

Grande then declared, “We love you, Aretha,” and exited the stage after embracing her backup singers. Big Sean, who was in attendance, gave Grande a standing ovation.