Aretha Franklin, the Queen of Soul, Dies at 76 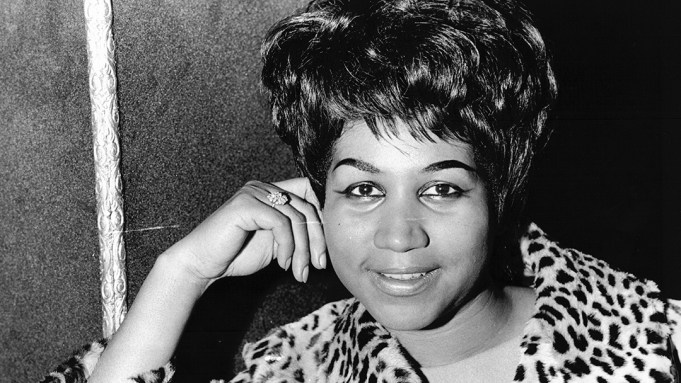 “Queen of Soul” Aretha Franklin, the eruptive singer who reigned atop the pop and R&B charts in the late ’60s and early ’70s with a succession of albums and singles of unparalleled power and emotional depth, has died. She was 76.

Franklin was suffering from pancreatic cancer, and had earlier undergone surgery in December 2010. Her longtime publicist Gwendolyn Quinn reported Franklin died Thursday morning at her home in Detroit.

“In one of the darkest moments of our lives, we are not able to find the appropriate words to express the pain in our heart,” Quinn said in a statement. “We have lost the matriarch and rock of our family. The love she had for her children, grandchildren, nieces, nephews, and cousins knew no bounds.”

She was the most lionized and lauded female R&B vocalist of her era. Winner of 18 Grammy Awards, and a Recording Academy Lifetime Achievement honoree in 1994, she became the first woman inducted into the Rock and Roll Hall of Fame in 1987. She was the recipient of the Presidential Medal of Freedom, the National Medal of Arts and the Kennedy Center Honors.

Bearing a prodigious talent born in the church, Franklin was still a child when she was tapped for stardom. She attracted awed attention in the gospel world before entering the pop sphere at the age of 18 under producer and label exec John Hammond’s wing at Columbia Records. The expressive, uncommonly forceful voice was there, but the hits were scarce.

It was at Atlantic Records that “Lady Soul” truly arrived. In 1967, Franklin’s profound debut single for the label, “I Never Loved a Man (The Way I Love You),” a No. 10 pop hit, was succeeded by her scorching, career-defining No. 1 cover of Otis Redding’s “Respect.”

Those songs and succeeding hits melded a deep gospel feel with R&B instrumentation and worldly themes, elaborating on the groundbreaking work of pioneering soul men Ray Charles, James Brown and Franklin’s friend and idol Sam Cooke, who had similarly crossed over from sacred music to secular stardom.

Franklin’s 12-year stint at Atlantic yielded a dozen top-10 pop singles — the biggest hits of her half-century career, which encompassed 80 pop chart singles — and 20 No. 1 R&B singles. They established her as the nonpareil female soul singer of her generation, often imitated but never equaled.

As “The Rolling Stone Illustrated History of Rock & Roll” put it succinctly, “From 1967 to 1970 she was the preeminent black musician in pop music.” Already a legend, she moved to Arista Records for a run of lesser hits from 1980-2003. Her last chart single, “Put You Up on Game” (a duet with “American Idol” champ Fantasia), was released in 2007.

Born in Memphis, Franklin was the third of four children; her sisters Erma (who originated Janis Joplin’s signature hit “Piece of My Heart”) and Carolyn (who often backed and sometimes wrote for her sibling) would also enjoy R&B careers. She was the daughter of C.L. Franklin, who served as pastor of a prominent Detroit ministry, the New Bethel Baptist Church, from the late ’40s.

As a youngster, Aretha accompanied her father on his evangelical tours, and came to gospel singing through such family friends as Clara Ward (with whom her father had a long-term romantic relationship), Mahalia Jackson and Marion Williams. These gospel elders became important maternal figures for Franklin after her parents split when she was 6 years old, and early musical role models as well.

A primarily self-taught and gifted pianist, Franklin was already a well-traveled veteran of the gospel road at 14 when she issued her first album, “Songs of Faith,” on Chess Records’ JVB subsidiary, which also released her father’s sermons on LPs.

As a vulnerable teen, she was preyed upon by men, some much older, resulting in two pregnancies, the first at age 12 and again at age 15. As David Remnick noted in a 2016 New Yorker profile, Franklin “saw a great deal of life, including the libertine atmosphere surrounding the gospel-music scene. By the time she recorded [her] first songs, she was pregnant with her second child. She left school and went on the road for, more or less, the rest of her life.”

Seeing possibilities for Franklin as a commercial pop artist, Cooke urged her to sign with RCA Records, which released his post-gospel R&B hits. However, in 1960 she inked a deal with Columbia. Hammond — who had discovered Billie Holiday and Count Basie — primarily envisioned her as a jazz-styled vocalist.

Franklin’s five years at Columbia were frustrating ones, marked by unfocused production work and repertoire unsuited to her gospel-based style. She recorded her 1961 debut album with jazz pianist Ray Bryant’s combo. Her first top-40 single — her only one for the label — was a version of Al Jolson’s 1918 hit “Rock-a-Bye Your Baby With a Dixie Melody.” She essayed soupy ballads and Tin Pan Alley antiquities, and covered songs by Holiday, Dinah Washington and Dionne Warwick. Nothing clicked.

In late 1966, Franklin was signed to Atlantic by Jerry Wexler, producer of many of the label’s R&B smashes, who divined her potential as a straight-up soul singer. In the late exec’s words, “I took her to church, sat her down at the piano and let her be herself.”

An abortive session at FAME Studios in Muscle Shoals, Ala., produced the breakthrough single “I Never Loved a Man.” A subsequent New York date with saxophonist King Curtis resulted in “Respect.” Both topped the national R&B charts and broke through on the pop side; the latter number garnered Franklin her first two Grammys. Her fame was almost instantly assured: In June 1968, she appeared on the cover of Time magazine, a rare feat for a pop music performer of any race or gender.

A pair of concert LPs that both reached No. 7 nationally reflected two sides of Franklin’s musical personality in white-hot form. “Aretha Live at Fillmore West” (1971) was a puissant soul recital cut at the titular San Francisco venue with King Curtis’ band. “Amazing Grace” (1972) was a two-LP set recorded in a Los Angeles church with a choir led by Rev. James Cleveland that potently revealed the singer’s gospel roots anew. (A feature documentary film of the latter performance, shot by the late director Sydney Pollack, remains unreleased.)

Her highest-charting latter-day Atlantic album was “Sparkle” (No. 18, 1976), a film soundtrack set that paired her with Curtis Mayfield, then still riding high in the aftermath of another movie-driven hit, “Superfly.” Written and produced by Mayfield, “Sparkle” spawned the No. 1 R&B hit “Something He Can Feel.” She collaborated again with Mayfield on the less successful “Almighty Fire” (1979). Franklin ended her Atlantic epoch with the flop disco album “La Diva” in 1979.

In 1980, Franklin reprised “Think” in the Dan Aykroyd-John Belushi musical comedy vehicle “The Blues Brothers,” in which Ray Charles and James Brown also took on-screen roles.” That year, she signed a contract with Clive Davis’ Arista, where she would spend the next 23 years.

Though she dutifully attempted to adapt to latter-day R&B styles, Franklin scored just a handful of pop hits at Arista: the Narada Michael Walden-produced “Freeway of Love” (No. 3, 1985), “Who’s Zoomin’ Who” (No. 7, 1985) and the George Michael duet “I Know You Were Waiting (For Me),” which became her final No. 1 pop single in 1987.

“Sisters Are Doin’ It for Themselves,” a memorable duet with Eurythmics’ Annie Lennox, reached the top 20 in ’85. Some will fondly recall her 1986 remake of the Rolling Stones’ “Jumpin’ Jack Flash,” cut for a Whoopi Goldberg picture with Keith Richards producing and playing guitar.

The mid ’80s were marked by personal unhappiness and tragedy. Franklin’s second marriage, to actor Glynn Turman, dissolved in 1984. (She had divorced first husband Ted White, who also served as her manager, in 1969 after marrying him at 19.) The same year, her father died: C.L. Franklin had spent five years in a coma after being shot during a robbery in Detroit.

Years of indifferent releases on Arista culminated with the ironically titled label swan song “So Damn Happy” in 2003. The seasonal “This Christmas, Aretha” was issued through the Borders chain in 2008.

Despite an ongoing struggle with her weight and an intense fear of flying, Franklin continued to perform live. In January 2009, she sang at President Obama’s inaugural ceremony. Her health crisis in late 2010 forced her to cancel six months of concert dates.

After recovering from surgery for cancer, Franklin resumed touring (intermittently, and some times discontinuously due to illness) and issued records again, on her own Aretha’s imprint. “Aretha: A Woman Falling Out of Love” (2011) compiled tracks cut during sessions in 2006, and made little impression on the charts.

However, 2014’s “Aretha Franklin Sings the Great Diva Classics” became the singer’s most popular album in nearly 30 years. The collection, which offered her interpretations of earlier hits by Etta James, Barbra Streisand, Alicia Keys, Dinah Washington and others, matched the peaks of her 1985 “Who’s Zoomin’ Who” long player, topping out at No. 13 pop and No. 3 R&B.

She last performed in November at the Elton John AIDS Foundation Gala in New York. At that performance — where John introduced her as “the greatest singer of all time” — Franklin appeared very slim but in fine voice as she delivered a nine-song set including “Say a Little Prayer,” “I Knew You Were Waiting” and “Freeway.” She was also honored at the Clive Davis Pre-Grammy Gala in New York in January. Franklin did not perform, but Jennifer Hudson — who had been personally selected by the singer to play her in a forthcoming biopic — performed several of her hits.

In 2017 the singer said she’d planned to retire from touring in the coming months, and announced that she was working with longtime friends and collaborators Stevie Wonder, Lionel Richie and Elton John on a new album.

She is survived by four sons: Clarence and Edward Franklin, Ted White Jr. (a regular member of her touring band) and Kecalf Cunningham.

ARETHA FRANKLIN PERFORMS ‘(YOU MAKE ME FEEL LIKE) A NATURAL WOMAN’: