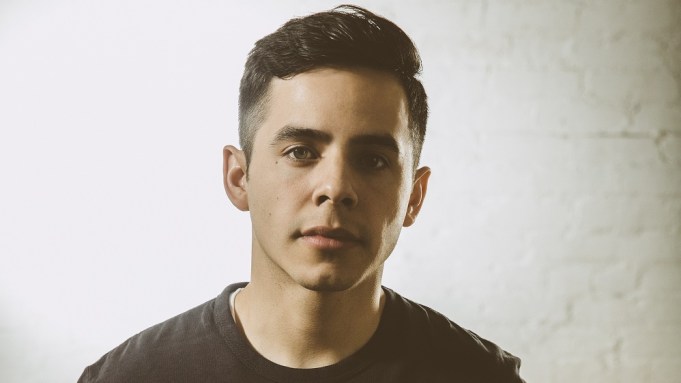 “American Idol” season seven runner-up David Archuleta and Madilyn Paige of “The Voice”
season six explore the delicate intricacies of relationships with the release of a new video for the duet, “Seasons.” A gorgeous ballad from Archuleta’s 2017 release “Postcards in the Sky,” “Seasons” is a “relationship song,” Archuleta tells Variety.

Directed by Dusty Barker, the two Utah natives never face each other, but share the same story from different points of view. While Archuleta is bathed in the shadows of dark blue light, Paige is seen from a sunnier perspective — a directorial decision that perfectly underscores the theme of the song.

“It was one of the first songs written for this project, and I felt like the woman in the relationship is the hopeful one while the guy is really negative,” says Archuleta. “It seems like a lot of times it’s harder for guys to stay committed to something whereas women usually are the ones who keep pulling through to the end.”

Co-written with Stephanie Mabey and Dustin Christensen, Arhuleta paints a picture using the imagery of all four seasons set against a piano arrangement that leaves enough room for both singers to convey fear and hope simultaneously.

“When the seasons change in our lives it’s harder to stay motivated to say you know we had a beautiful time in our life. We had a beautiful spring and summer, but now the fall is coming, and I don’t want to go to your winter again,” he says. “But the woman is able to endure longer, and Madilyne’s voice is saying you know what? Winter is coming, and it’s hard, but spring comes after that, and if we stick through it we will be able to see the blooming of our lives again, and I know if we hang in there it’s going to be ok.”

Archuleta says he thought Paige would be a perfect vocal match to join him on record after he came across her performances from “The Voice,” including her season six chair-turning performance of “Titanium.”

“I just loved how she was this vulnerable — you know first impressions — small girl and fragile.  Then I heard her sing this delicate version of ‘Titanium,’ and it really left an impression on me,” he says.

Intrigued, he looked up additional performances and then found a duet online, which sparked an idea to invite her to sing on his album. Says Archuleta: “She is a hopeful voice and that is her thing — she likes to help people know that they’re valuable because she deals with a lot of self-consciousness and issues and not feeling good enough, which is quite a theme today. And I love how she overcame it and was able to say I want to empower other people to help them know that they’re worth it. I thought what better voice for ‘Seasons’ where the message is this is worth it. This can work.”

Paige says that working with Archuleta felt natural. Both are from the same state, and both competed on national television shows. “We both know what it’s like to feel that pressure, and that competition,” she says. “It’s a whole other world.”

The two only met last year, but forged a friendship and toured together, with Paige opening for Archuleta in November, a night that he recalls included a standing ovation and a roaring crowd, both of which impressed him. The feeling is mutual. Says Paige: “I have so much respect for him and look up to him a lot. I’ve looked up to him since ‘Idol’ because he did that a few years before I did ‘The Voice.’ So he’s definitely been an example to me. He was the talk of the town, for sure, and to do a collaboration and feel like we’re supporting each other…it’s nice.”

Both artists aren’t slowing down in 2018. Paige is in the process of writing songs, while Archuleta is readying three projects—including a Latin project and another Christmas album. Plus, live shows, including a stop at Daryl Hall’s club, Daryl’s House, in Pawing, New York on March 3.

“I don’t know where I’m going next,” he laughs. “Ever since ‘American Idol,’ I have no idea where I’m going to go, but, I’ve enjoyed it. I’m always up for an adventure.”