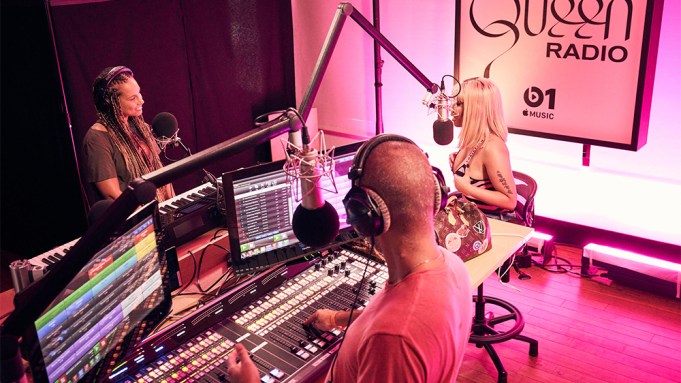 Ariana Grande isn’t the only superstar who paid tribute to Aretha Franklin with a performance Thursday.

Alicia Keys also honored the singer with a rendition of the same song Grande performed on “The Tonight Show,” Franklin’s hit “(You make Me Feel Like A) Natural Woman.”

In addition to performing the song —  during an episode of Nicki Minaj’s Queen Radio show on Beats 1 on Apple Music — Keys remembered meeting Franklin and spoke about her legacy.

“You start thinking wow, this beautiful and incredible life and woman,” Keys said. “I was listening to her music while I was driving in. She’s so special. I feel sad, but really inspired and celebratory. She was able to touch so many people, divinely. She touched me. Some of my greatest songs were inspired by hers that I loved.  Talk about queens — she was definitely the queen. She stepped into the room and everyone bowed down.”

“It was kind of scary to be in her presence, in a good way. When you just know you’re in the presence of greatness. I remember the first time Clive [Davis] asked me to perform with her. She’s one of the greatest of all time, one of the greatest voices. I remember her giving me a lot of love and said she played my songs during her shows. She performed ‘You Don’t Know My Name.'”

Franklin died Thursday at the age of 76 after a long battle with cancer.