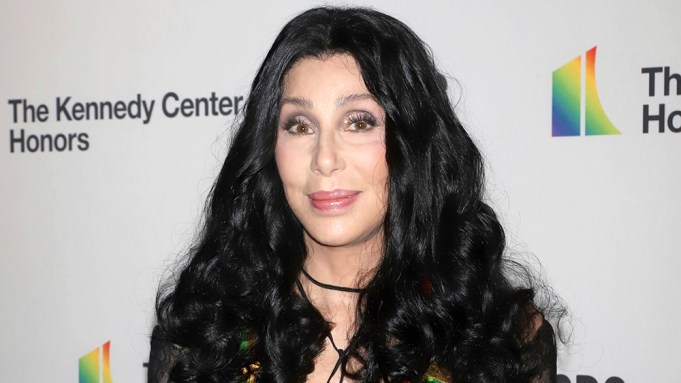 One of several highlights of the 2018 Kennedy Center Honors, which aired on CBS on Dec. 26, was Adam Lambert’s moving tribute to Cher. The “American Idol” alum and current Queen frontman delivered a slowed down version of Cher’s 1998 song “Believe,” which prompted the 72-year-old singer and actress to wipe tears from her eyes and mouth the word, “Wow”(watch the performance above).

When “Believe” was originally released, it was a major dance hit for Cher and also marked the first time “auto-tune” or “pitch correction” was used for effect in a hit song. “Believe” reached No. 1 on the Billboard Hot 100, where it remained for four weeks in 1999. It also won best dance recording at the 2000 Grammy Awards.

Lambert had previously performed the song during his initial run on season 8 of “American Idol.” After the telecast, Cher tweeted just how moved she was by Lambert, writing, that her “senses [were] overwhelmed. Lambert responded that it “was a total honor,” to appear at the ceremony. “You’re a goddess,” he wrote.

Cher also tweeted words of admiration for Cyndi Lauper, who not only rocked the house with her version of the 1989 hit, “If I Could Turn Back Time,” but also joined Lambert for a duet of the Sonny & Cher classic, “I Got You Babe.”  Little Big Town romped through the 1971 hit “Gypsies, Tramps and Thieves.” The salute to Cher was saved for last and began with an introduction by pal Whoopi Goldberg.

At the Kennedy Center Honors, the Oscar-winning actress was honored along with fellow singer Reba McEntire, composer Philip Glass, jazz musician Wayne Shorter and the cast of “Hamilton.”

President Donald Trump declined to attend the event for the second straight year or host the traditional pre-gala reception for honorees at the White House. The decision, while breaking with longstanding tradition, was met without visible dissent since Trump’s presence would have overshadowed the event, if not impacted it directly. Among those who did attend were U.S. Rep. Nancy Pelosi and Supreme Court Chief Justice John Roberts.

With reporting by Paul Harris