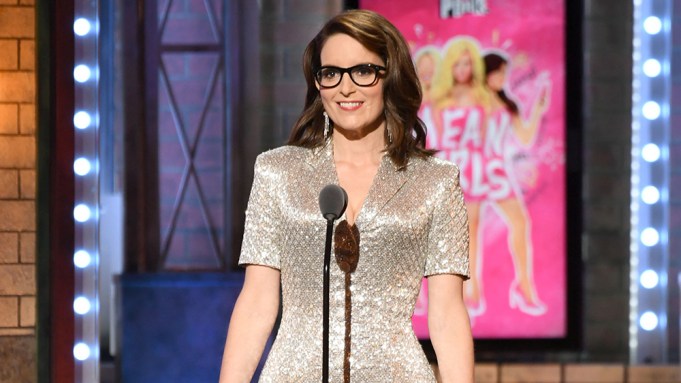 Ah, how young and foolish we were. It seems like it was just two days ago that Variety — and the rest of the Broadway community — were all so very sure of Tony predictions. But nope: The ceremony for the 2018 Tony Awards gave us plenty of surprises to chatter about after the show.

SURPRISE: A sweep for “The Band’s Visit”
Sure, we all knew “Band’s Visit” would win the big prize for new musical, plus a few more trophies in categories like actress (Katrina Lenk) and score (David Yazbek), but most observers were thinking the show — a quiet, intimate tale set in a tiny Israeli town — was too small and artsy to make it a clean sweep of it. It wasn’t: “Band’s Visit” won a whopping 10 Tonys (all but one of the 11 for which it was nominated), including book of a musical (Itamar Moses) and actor (Tony Shalhoub).

SNUB: Tina Fey and “Mean Girls”
TV’s smartypants comic was 100% for sure going to win the award for best book of a musical — up until the exact minute she didn’t. Fey is a favorite with the Broadway community, as evidenced by the huge laughs earned in the room by her appearance on the Tony ceremony, and it seemed certain the voters were going to reward her for work on her megaselling new musical. Instead, the category became part of the “Band’s Visit” sweep, going to that show’s book writer, Itamar Moses. Overall, “Mean Girls” didn’t win a single one of the 12 awards for which it was nominated.

SURPRISE: Laurie Metcalf, “Three Tall Women”
Before the ceremony, everyone agreed that Metcalf is giving an awards-worthy performance in “Three Tall Women.” It’s just that nobody thought she’d win. After all, she’d just won an acting Tony last year, and this year the award for featured actress in a play looked poised to go to Denise Gough for her standout performance in “Angels in America.” But Metcalf triumphed for holding her own on the stage with acting royalty, Glenda Jackson (who, as expected, walked away with her own Tony).

SNUB: Donald Trump
Before introducing Bruce Springsteen’s performance on the Tonys, Robert DeNiro walked straight up to the mic and said simply, “F— Trump.” He even said it again, for good measure, although the viewers watching at home didn’t hear a word of it. The audience at Radio City, on the other hand, definitely heard it, and quickly made it clear that they agreed by jumping to their feet to give the sentiment a standing O.

SURPRISE: “Once On This Island”
And here we all thought the Tony for musical revival would go to “My Fair Lady.” Or, maybe to “Carousel,” another lushly produced staging of a classic tuner. But “Once On This Island,” the small-scale, scrappy little-show-that-could, claimed the crown. Perhaps that was because “My Fair Lady” and “Carousel” split the classic-musical vote; or maybe it was just because “Once On This Island” had a huge groundswell of support going for it — as suggested by the giant cheers the show got from the Radio City crowd.

SNUB: “My Fair Lady”
Lincoln Center Theater’s revival of one of Broadway’s biggest titles seemed like it would pretty definitely score not only the award for revival, but probably also multiple awards in design categories and a trophy for featured actor (and Tony favorite) Norbert Leo Butz. That’s not how it happened, though. Other than the award for Catherine Zuber’s costume design, “My Fair Lady” walked away empty-handed after “Once On This Island” surprised for best revival. (“Carousel,” on the other hand, earned two awards — one for Justin Peck’s choreography and one for featured actress Lindsay Mendez.)