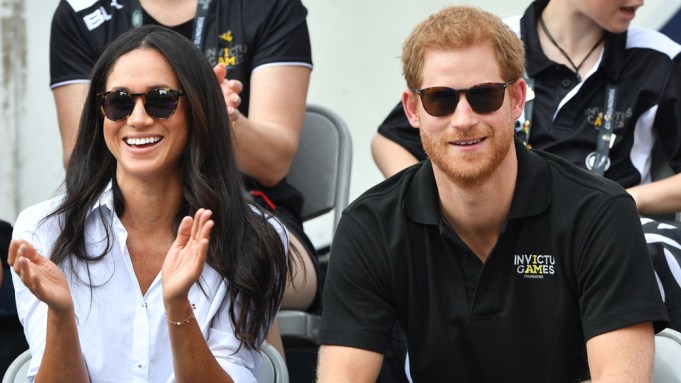 With the royal wedding just a few hours away, rumors are flying all over the internet about those who were possibly invited to the nuptials. Below is a list of the confirmed guests with invites to Prince Harry and Meghan Markle’s special day:

This one should be a no brainer; what kind of royal wedding would it be without Her Majesty? The rest of the royal family (including Catherine, Duchess of Cambridge and her husband Prince William, Duke of Cambridge) will all be arriving at St. George’s Chapel, as early as 11:20 AM London time.

Hard confirmation on this one isn’t exactly in the clear, but Markle’s hairdresser, Miguel Perez, confirmed that he would be doing Amal’s hair for the wedding. One can only assume that her husband George will be in tow on May 19.

Despite Mel B letting slip a few months back that the whole group would be attending, Page Six reported that source told them only Geri, Emma and Victoria were invited.

Former “Quantico” and “Baywatch” actress is a long time friend of Markle. When she’s not turning heads at the Met Gala she spends her times overseas as a UNICEF Goodwill Ambassador.

The Cast of ‘Suits’

Meghan Markle may have retired from Hollywood, but she still has love for her former day job. Most of the cast of USA’s “Suits” will all be in attendance including: Gabriel Macht, Gina Torres, Rick Hoffman, Sarah Rafferty, Abigail Spencer and Patrick J. Adams and showrunner Aaron Korsh.

The “True Blood” and “Blindspotting” star has been friends with Markle for over 15 years, fingers crossed she spills some fun Markle tea during the early festivities.

Grammy-nominated “You’re Beautiful” singer James Blunt will also be making an appearance at the wedding. Blunt served with Harry during their time in the British Army.

The British singer and actress is another musician invited to the wedding this weekend. Stone is a close friend of Harry’s and previously attended Prince William’s wedding in 2011.

The international tennis star hasn’t definitively stated she will be attending, but Williams remains a close friend of Markle’s and on the invite list. The two were flag football teammates in the 2014 DIRECTV Celebrity Beach Bowl.

Chairman of NBCUniversal Cable Entertainment, and rumored mentor to Ms. Markle, Bonnie Fuller will also be in attendance on Saturday.

The fashion stylist met Markle several years ago when “Suits” was shot in Canada, where the two bonded over a shared love for yoga. She is considered to be Markle’s closest and best friend.

Happy happy birthday to the most kind, generous, wickedly smart and gorgeous (inside and out) #maidofhonor a girl could have! I love you @meghanmarkle #tbt #usopen #birthdaygirl

“What Pretty Girls Are Made Of” author is a close friend of Markle’s from their time as students at Northwestern University.