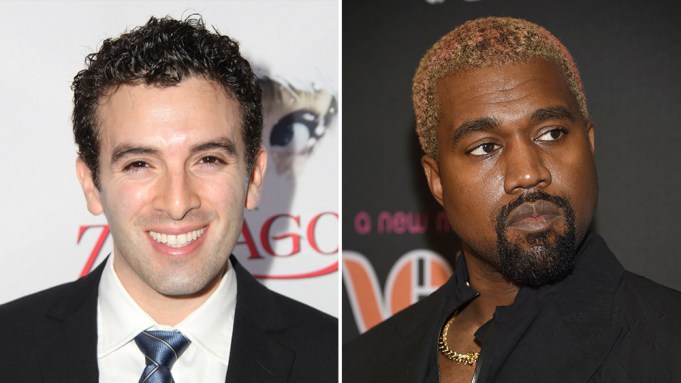 Kanye West attended the first night of Broadway musical “The Cher Show” alongside Kim Kardashian West, but it’s up in the air whether he actually got anything out of the performance.

According to Jarrod Spector, who plays Sonny in the production, West was on his cell phone during the show. Spector called the rapper out in a tweet Monday as the opening night performance took place.

“Hey @kanyewest so cool that you’re here at @TheCherShow!” he wrote. “If you look up from your cell phone you’ll see we’re doing a show up here. It’s opening night. Kind of a big deal for us. Thanks so much.”

Hey @kanyewest so cool that you’re here at @TheCherShow! If you look up from your cell phone you’ll see we’re doing a show up here. It’s opening night. Kind of a big deal for us. Thanks so much.

West’s representative told the New York Times that “Kanye was on his phone taking notes. He loved the show and was incredibly impressed by the production.”

West responded a few hours later and apologized for his “lack of etiquette.”

“To Cher and the Cher show team,” his tweet reads. “The dynamics of Cher and Sonny’s relationship made Kim and I grab each other’s hand and sing ‘I got you babe.’ Please pardon my lack of etiquette. We have so much appreciation for the energy you guys put into making this master piece.”

Jukebox musical “The Cher Show” stars Stephanie J. Block, Teal Wicks, and Micaela Diamond as three iterations of Cher and chronicles the star’s rise to fame. Variety’s critic praised Spector’s performance: “Spot-on as Sonny Bono and capturing the man’s charm, calculation and nasal twang. (But did he really have those abs?)”

Cher herself made two appearances at the show before its Broadway debut, the most recent on Saturday in New York. After viewing it for the first time in Chicago, where it originated, she critiqued “The Cher Show,” telling the Chicago Tribune “it needs work.”

“Some parts of it are really fabulous,” she said at the time. “We’re going to work on the other parts. In many parts, it was much, much better than I thought it would be. And there were no parts where I wanted to gouge my eyes out.”