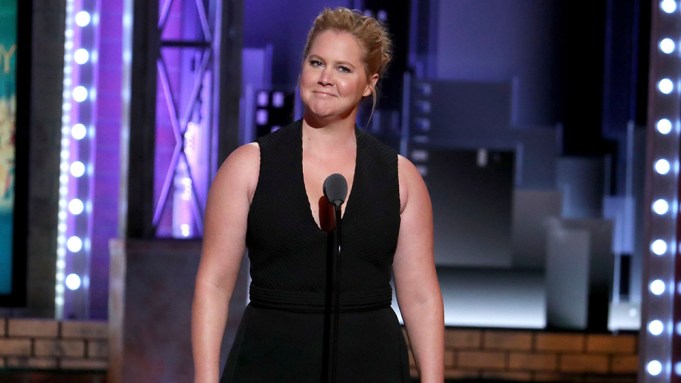 While introducing the first Tony nominee for best revival of a musical, “My Fair Lady,” Amy Schumer paused to throw some general shade at the state of women’s right in America. Not even the show she was speaking about was safe.

The musical, based on George Bernard Shaw’s “Pygmalion,” is a comedy about class and sexism. In Schumer’s own words, “It tells the story of a scruffy flower girl, Eliza Doolittle, who is transformed by Henry Higgins, a man-splaining expert on dialects.”

Schumer couldn’t help put point out how the production, which first hit Broadway in 1956, still resonates today. “This interpretation celebrates Eliza’s growing self-confidence and highlights equal rights for women. Because we actually don’t have that,” Schumer said.

Schumer added, “In Eliza’s words, ‘The difference between a lady and a flower girl is not how she behaves, but how she is treated.” The revival scored 10 Tony nominations, including duo acting nods for Harry Hadden-Paton, who plays Henry Higgins and Lauren Ambrose as Eliza. It also received nominations for costumes, lighting design, and scenic design.

In addition to presenting at Sunday night’s show, Schumer was also nominated for best lead actress in a play for Steve Martin’s “Meteor Shower.” The prize ultimately went to Glenda Jackson for her role in “Edward Albee’s Three Tall Women.”