The Sharks of ‘Assassin’s Creed Odyssey’ in Glorious, Flesh-Rending Action 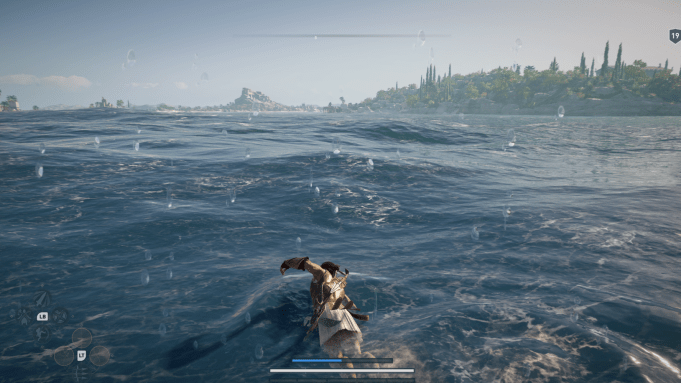 If early impressions are correct, “Assassin’s Creed Odyssey” is shaping up to be one of the most beautiful, most robust releases in the long-history of the franchise. It features an expansive dialog tree, a story that can be shaped by the player, the option to play throughout the game as a female lead (a surprising first for the franchise), islands to explore, open seas to sail, and sharks.

I mention the sharks because their inclusion in the game struck a chord of fascination with some, also, I happened to capture some footage of a fight between two of the creatures and the game’s protagonist during my hands-on with the game just before E3.

It doesn’t end well, really, for anyone, but you can watch the sharks in action above.

“Assassin’s Creed Odyssey,” due out Oct. 5 on PlayStation 4, Windows PC, and Xbox One, has players take on the role of mercenary, a Spartan abandoned as a child to fend for himself who has grown to become a masterful Spartan soldier. In their own adventures, crafted by how they tackle the story and how they talk with other characters, players will battle with shield and spear, with sword and bow. They will travel and fight on horseback, at sea in vessels they control and they will work to have their own impact on the brewing, historic Peloponnesian War, an ancient Greek war fought from 431 BC to 404 BC between the Athenians and Spartans.

You can read more about the game, and what some creating it had to say, right here.