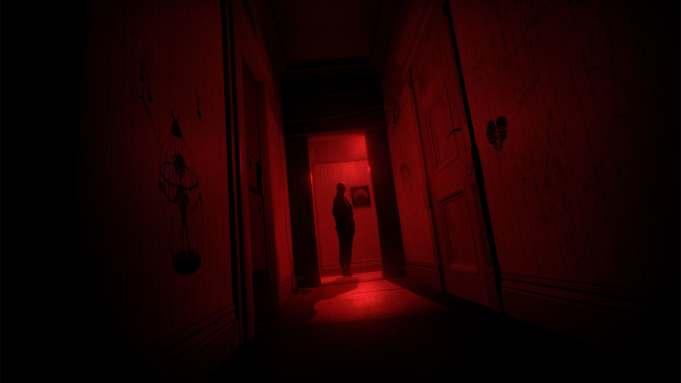 “Transference’s” otherworldliness is palpable. From the opening sequence onwards, you’ll be assaulted by missing assets and glitchy graphics, its tainted color schemes and looping sound effects intensifying your disorientation. While some games thrive on hyper-real visuals, hooking players with a charming cast and jaw-dropping backdrops, “Transference” is a virtual escape room that never lets you forget that this world you’re inhabiting? It’s not real.

Despite the marketing, “Transference” isn’t exclusively a virtual reality game. While, undoubtedly, the cloying atmosphere and immersive sound design may work best delivered via a VR headset, the experience is also available to those who don’t – or can’t – have a VR setup at home. To the game’s credit, the atmosphere and mechanics work just as well with a controller; play with a decent set of headphones, and the atmosphere should be every bit as suffocating.

The entire story unfolds in a digital simulation of the modest apartment of the Hayes family – Raymond, Katherine, and their son, Ben – and like other “walking simulators” (“Gone Home”, for example, or “Dear Esther”), it isn’t presented in a nice, neat slice ready for consumption. Instead, this tale is chopped up into fine pieces and sprinkled throughout the game, which means the more props and items you find and investigate, the clearer the Hayes’ unsettling tale will become. While it’s possible that such a delivery means you’ll occasionally miss clues, the intentionally slow pace – both figuratively and literally – ensures you’ll usually have the time you need to properly survey each section before moving onto the next.

Mixing full-motion videos within the artificial construct of the apartment complex is intriguing, although it quickly becomes apparent that the movies of real-life actors are usually only vehicles to deliver vignettes into the Hayes’ lives, and often feel supplementary to the events on-screen. Most of the action – and most of the game – takes place in this artificial world instead.

It’s called a psychological thriller, but there’s no doubt that there are horror elements at play, too, particularly as it becomes clear you’re not the only one roaming the hallways. But only by rooting through the cupboards and drawers and inspecting behind the furniture and doors will you uncover enough pieces to jigsaw together the story, and the game’s most curious conceit – a shifting of perspectives and timeframes – means there’s always a reason to go back and recheck someplace again, even if you’ve already done so before.

That said, it’s a very linear experience. While you may, on occasion, be stumped by a particularly opaque puzzle element, you’ll find pathways to other areas of the house shut down while the puzzle is in play, which teaches you very early on that the answer typically lies somewhere in your immediate area. Frustratingly, the action prompt required to progress the story or puzzle is an unwieldy beast which means you may waste time looking for a solution, unaware that it’s right in front of you and you simply haven’t had the prompt pop just yet.

At other times, the game’s spectacular sound design hinders as much as it helps to deepen “Transference”‘s immersion. When the pressure intensifies, looping dialogue soon betrays the tension, dampening your urgency. Environmental assets such as takeaway boxes and flyers are recycled throughout the game; a disappointing signifier, perhaps, that much of the exploration you do is busy work just to delay progression.

That said, even if you’re a little slow at solving the puzzles, this is not a lengthy experience. Even going in cold, expect to complete the game within two and a half hours. Yes, the $25 price tag is a modest one, but nonetheless, there’s really not much bang for your buck here. While there is a temptation to dive straight back to locate the missing logs, for example, once you know the major story beats, the carefully crafted simulation falls flat, dampening any urges to revisit the Hayes’ world.

When Elijah Wood stepped out onto the Ubisoft stage at this year’s E3 conference, he said the venture would “bridge the gap between movies and games”, but in truth, there’s little evidence of this here. There’s certainly less real-life footage than anticipated, and the recycled assets, clipping graphics, and looping dialogue are issues that habitually plague games, not movies.

Despite promises of a rich fusion of cinematic and gaming culture, at its heart “Transference” looks, behaves, and feels very much like a game. The real-life videos do bring a welcomed touch of authenticity, but it’s not as if this partnership between Ubisoft and Elijah Wood’s SpectreVision has produced anything stunningly innovative, and “Transference” falls sadly short of its “half movie, half game” claims.