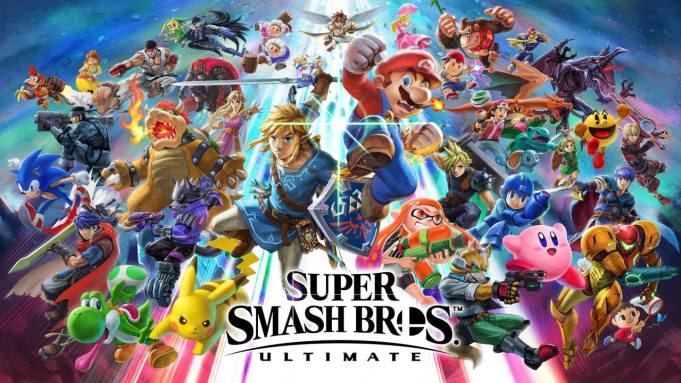 Ultimate is a dangerous word. Inviting finality and infinity in one breath, the ultimate version of something must gaze into its own history and emerge at the edge of mortal abyss, promising everything hereunto the future: a culmination and conclusion, simultaneously. It’s usually one of those things that’s a goal more than a possibility.

Despite whatever quirks punctuate “Super Smash Bros. Ultimate,” the game is worthy of that word. It accomplished its goal through a combination of polish and sheer density that tops any entry in the series, and really any fighter released in recent time.

A fighting game could be broken into as many pathways as there are fighters on the roster. For “Super Smash Bros. Ultimate,” that means there are at least 74 entry points, but if we really wanted to account for everything, we’d need to consider every possible interaction between every possible character. How does Splatoon’s Inkling fight against Mario? How about King K. Rool fight against “Castlevania’s” Simon? That’s 74 fighters, squared, totaling 5,476. But in Ultimate there are more than 100 stages and innumerable combinations of items, all shoved into a massive campaign and a mass of modes and options untouched by basically any other franchise. There are, ultimately, endless pathways to playing, understanding, and enjoying this monster of a game, and every character is just one thread woven into its tapestry.

For example, there’s the version of this game motivated entirely by the desire to unlock Star Fox character Wolf O’Donnell, who returns to the series after a hiatus in the Wii U version. To get there, though, you’re tasked with burrowing through this mountain of violent goodies so deep and so varied that, ultimately, Wolf O’Donnell seems to finds you. Almost randomly, Wolf or any other locked fighter will arrive for a challenge, to be defeated and finally earned. And you’ve become a person buried, not directionless but engulfed in an environment of digital excess. In its fifth incarnation, the “Super Smash Bros.” series has finally reached a point where its offerings are, delightfully, insurmountable, where pursuing a single thread, like unlocking a favored character, is actually an infinitely splitting pathway through opponents, modes, achievements, unlockables, and more.

The broad-spanning caveat to “Super Smash Bros. Ultimate’s” blatant success is that this isn’t a game born of nothing. It’s the fifth in the series, with “Ultimate” the most closely related to its predecessor than any entry before. The weightiness and feel of the fighters, as varied as they are, are grounded in the backbone of “Super Smash Bros. for Wii U.” In this way the game can feel paradoxically unremarkable, with minor changes, like the way characters dodge in the air or recover from being thrown off the stage, only nudged in one way or another. But unlike the many other deluxe games essentially ported from the Wii U to the wide audience of the Switch, “Super Smash Bros. Ultimate” resoundingly blooms from its inspiration.

Take the game’s premier single-player campaign mode, World of Light. It’s a scavenger hunt for Nintendo goodies thinly veiled by mostly vacant role-playing game upgrades and a massive, painterly world map. Instead of the carefully-crafted pseudo-adventure campaign delivered in the Subspace Emissary in “Super Smash Bros. Brawl,” you’re presented with a quick snap of a cutscene and dumped into a little universe brimming with things to fight. It’s here the game is best suited for travel, with bite-sized challenges to pick up at a moment’s notice.

In each event, you’re trying to earn a spirit, some character from across the Nintendo universe represented by a fighter, assist trophy, Pokeball, or some combination of the three. To earn the pink, flying Pikmin spirit, for example, you fight an army of tiny Kirbys. There are hundreds if not more spirits to collect, all of which provide some sort of upgrade to your fighters for the next battle, and can be used in a few modes outside of the campaign as well.  You could dig deeper into the mechanics of it, but really it’s just about seeing the sights, discovering new fighters that serve as special events, and taking out the occasional boss, all the while consuming and recognizing as much Nintendo lore as humanly possible. In the tradition of the fighting game genre, this rearranging of typical battles doesn’t do all that much to make them more or less interesting, but at least in World of Light there’s a cavalcade of iconography to nod silently at as you seek desperately across the map for your favorite fighter, who may or may not be Wolf O’Donnell: beautiful boy.

Surprisingly, it’s the classic mode, a staple in the series, that nails down the sheer breadth on offer. Unlike games past, where every fighter would wade through the same, somewhat randomized collection of fights, each fighter in “Ultimate” has their own mini-campaign, so to speak. You can tell this is where the development team had a bit of fun. Mario traipses through and takes down elite Nintendo franchises, while Bowser Jr., in a violent and comedic reimagining of the classic tale, “Are You My Mother?,” seeks out different female characters in search of his would-be adoptive mother, Peach. This is just another thread that expounds and coalesces the Nintendo monolith through the idiosyncratic fighting game template. For every fighter, there really is an iceberg under the surface, not only in their move-set and strengths and weaknesses but for the doorway into the Nintendoverse that fighter represents. Nintendo has done a remarkable job at expanding those doorways as widely and as deeply as possible.

A place where the game’s attempted ideal coagulation of its many parts falls a little flat is in online matchmaking. Instead of offering distinct competitive and casual search queues, as was the case in “Super Smash Bros. for Wii U,” “Ultimate” asks that you choose a set of rules ideal for you, and then it attempts to match you with people who chose a similar set of rules. So, in an ideal world, those who would like to play 1v1, with no items, in ultra-competitive matches should be put in a room together, and that does happen. Unfortunately, the case where a 1v1 player is dropped into a 4-player, item-frenzied free-for-all is just frequent enough to be annoying. This cohesive, single queue matchmaking idea falls apart pretty quickly.

To make matters worse, your global smash power, what serves as your ranking by which the matchmaking chooses your opponents, is universally measured across all these matches. This means you’re ranked in the matches you don’t want to play in as equally as those utilizing your preferred rule set. One nice touch – each of your fighters has a unique global smash power – so you can compete at the highest level with, say, Metroid’s Ridley, and take on matches on the lower end of the spectrum with someone you’re not so familiar with. Let’s say Wario. Or Daisy.

There’s clearly an elegance and simplicity Nintendo is going for with this set-up, as is often their approach with online games, but it’s just too obvious to ignore how much better a stricter lobby system would be. As Nintendo has done with “Mario Tennis Aces” on the Switch, a little tooling with the system down the line could straighten this out. Right now it’s just not there.

The net code leaves a lot to be desired too. Minor, but surmountable, input lag permeates in most online matches, but far less forgivable are those matches rendered completely unplayable by frequent hiccups and long freezes due to poor connection. For some, these online issues are enough to topple what should be a giant in the genre. For others, with the time and coordination to regularly play with friends, or the desire to play alone, the game will never end. And at the end of the day, despite its largess, “Ultimate” is a fighting game. There are prerequisites to enjoying it — and online nearly tops that list — so make sure you meet them.

To vault past barriers of entry and technical concerns, though, is to kick open a Pandora’s box rewarding and energetic at every turn. In the battles themselves, the idle chain swing of a “Castlevania” hero somehow belongs next to Yoshi’s flutter jump. When the Majora’s Mask moon hits Peach’s Castle, just as an explosive Bullet Bill launches Samus Aran into the sky, and it somehow makes sense, you’re knee deep in the tangle. So swiftly these moments pass your view as you concern yourself with launching your foe from the stage, you almost wish it didn’t take a throw down to blend in so granular detail the disparate digital worlds of Nintendo’s (and friends’) past and present.

Nevertheless, “Super Smash Bros. Ultimate” arrives at its proposed abyss, full-throated. Imagine a massive pile of candy hemorrhaging pieces off the side of a table as you haphazardly arch your arms around it and attempt to pull in every little bit at once. Though the matchmaking needs work, the better part of “Super Smash Bros. Ultimate” is an uncontainable fighting game masterpiece.