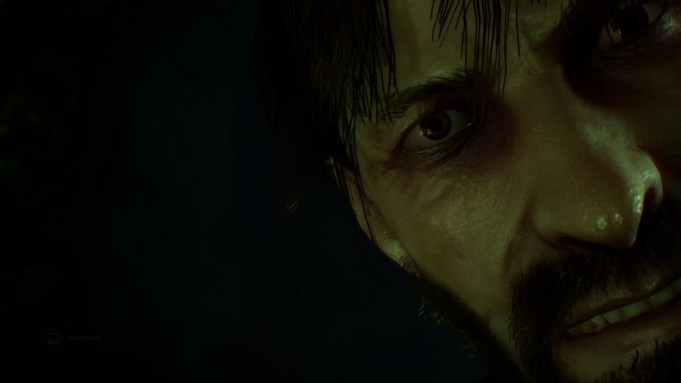 The “Call of Cthulhu” opening scene is one of fleeting brilliance, laced with the crawling horror reminiscent of its weird tale origins. You wake up in a deep, damp cave full of fish-guts and piles of slaughtered sharks. In the distance, something gigantic and nameless calls you forward, as a cacophony of howls and cosmic grunts throbs ever louder. This is the game’s finest moment and its sole high-point.

In true cosmic horror form, Call of Cthulhu eschews bludgeoning cultists to death with weapons for smarts-based survival. You talk with a limited array of in-game characters to discover information. Items found in the environment reveal key details. An investigation skill that breaks down crime scenes, displaying past events in an ethereal reconstruction. You raid a library filled with esoteric texts, an Eldritch gallery display packed with off-kilter sculptures, and the unsettling remains of an otherworldly roast dinner, for clues.

The game has a sanity meter, the reduction of which affects in-game options and environmental effects. Gazing at monsters, reading occult texts and blood-curdling occurrences all crank that gauge right down. Unfortunately, the sanity meter mechanics fail to have enough of a noticeable effect on game-play. Insanity, manifesting as green Eldritch dialog options and spooky lighting, is underwhelming.

As you lack firepower most of the time, sneaking around is necessary to avoid foes, cosmic or otherwise. The waiting involved in the game’s stripped down “stealth” sections cripples any emerging horror atmosphere. An initially tense scene where you are being hunted by an eyeless nightmare beast turns into one long, monotonous hidden object puzzle. Banal gameplay in general often neuters the title’s immersive sequences.

Tedious puzzles are padded out into star-studded eternity. Unraveling mysteries in “Call of Cthulhu” is more down to trial, error and tenacious sifting than deduction. It’s a world where even a psychedelic dream morphs into a plumbing challenge solved only through dumb luck and repetition.

Based-on pen and paper RPG “Call of Cthulhu” (wherein dice rolls and character sheets determine game events), the video game attempts to incorporate tabletop mechanics. As such, you can mete out your experience points into skill specializations. For example, stacking points into your ‘eloquence’ modifier will open up further conversation options, while buffing up your ‘investigation’ skill will help clarify crime scenes.

Your decisions in this regard do not feel as if they alter the game world in any meaningful way. Events run the same, regardless of whether you’re strong-arming sewer grates or sweet-talking the locals. For a game that promises the grand choices and consequences of a tabletop RPG, “Call of Cthulhu” fails to deliver either meaning or personalization. There are few routes closed to you by your decisions, and at most your traits add decoration to the exact same outcome. While it is hard to emulate unique ramifications in a pre-programmed game-world, titles such as “Mass Effect” and “The Banner Saga” have at least evoked the feeling of player impact in the past.

“Aye, the village be cursed,” intones a Darkwater fisherman, every single time you walk past him. NPCs haplessly shout out lines on a predetermined loop. That same character model returns as fisherman the Guard and fisherman the Cultist. Game assets are haphazardly placed by unseen manic hands that care little for in-world cohesion, while items equipped in your inventory become inexplicably inaccessible, only to later miraculously return in time for a subsequent cut-scene. It all feels very roughshod and clunky.

Overall, the disregard for detail in “Call of Cthulhu” undermines the depth and cohesion of game’s world. Its attempts to recreate freakish levels of instability can be reduced to Pierce being knocked unconscious every other scene, screaming at the sky and seeing ominous visions. It lacks the creeping terror, existential anguish and nihilistic undertones that underpin the Lovecraft mythos.

Character development is negligible to the by-the-numbers mystery plot with additional tentacles, and as such all character motivation and personality is purely perfunctory. Watching the two-dimensional cast descend into hammy and stilted madness lacked any emotional resonance. Despite its manifold Eldritch trimmings, the game lacks both the frights and the appropriate thematic weight to be classed as Lovecraftian tale. It’s a shame, as some of its scenes have the potential to be much more memorable.

For the most part, “Call of Cthulhu” plays out like a haunted house at a county fair. The ghost train hurtles forward and a writhing abomination leaps out of the darkness. Underneath its tentacles, the crude outline of Dracula the Vampire can be seen. The monster grinds back into position, repeating its one-note show for the next carriage. Cyanide’s Lovecraftian outing promises an immersive world of cosmic horror and consequences but instead delivers a clunky detective adventure that is both formless and repetitive.