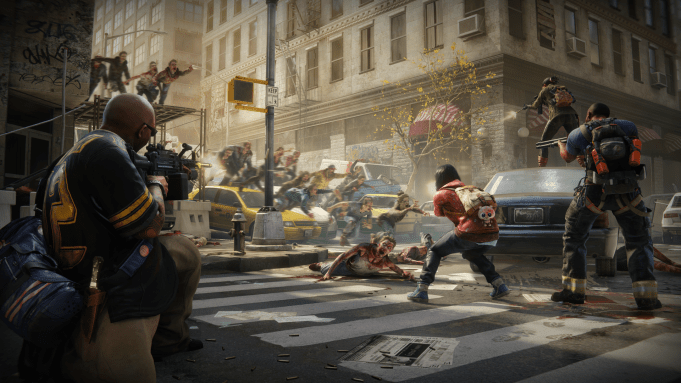 The latest trailer for upcoming zombie infestation game “World War Z” highlights just how different this particular breed of the undead will be compared to the slew of ambling monstrosities that came before them.

Like the movie upon which it is based, Saber Interactive’s zombies don’t just amble toward their enemies, they sprint and behave with a sort of hive mind, swarming like insects to get to prey.

In this new video, released in the lead-up to Gamescom, we get a better look at Saber Interactive’s “swarm engine” in action. The trailer also shows off the different sorts of zombies you’ll face down in the game, how adaptive spawn control and an advanced gore system will look and work, and some of the unusual zombie mechanics you might run into.

The game, due out next year on PlayStation 4, Steam, and Xbox One, shows that the zombie genre isn’t quite dead, at least not for games. Players can team up with friends or AI teammates to stay alive.