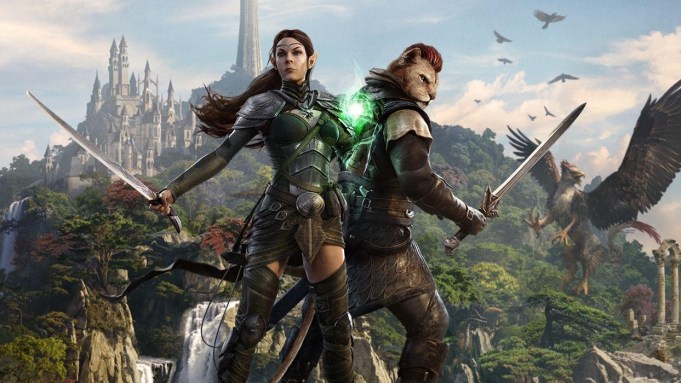 The first, called “Wolfhunter,” is a paid dungeon-based update involving werewolves. Another expansion, titled “Murkmire,” will be centered around additional story content.

“Wolfhunter is the game’s next dungeon pack, and it’ll bring two new and challenging group experiences: Moon Hunter Keep and March of Sacrifices,” Bethesda announced. “As its name suggests, these two dungeons are themed around Tamriel’s werewolves, and you’ll be able to dive into all new stories surrounding those afflicted with the lycanthropic curse. You might even come face-to-face with the Daedric Prince Hircine himself!”

Like 2017’s “Morrowind” zone expansion, the “Murkmire” DLC will add an entirely new region to the game. Murkmire is the home of the Argonian race in the Elder Scrolls lore; the paid update will introduce new story content and quests centered around the Argonians’ homeland.

The Electronic Entertainment Expo kicked off Sunday with the Xbox E3 2018 Briefing at 1 p.m. PT; you can watch the broadcast live here. This year’s E3 takes place this week, from June 12 to June 14, at the Los Angeles Convention Center. Twitch’s official coverage of the event began in earnest Sunday afternoon.