Watch Rappers Try to Rescue a Puppy in VR (NSFW) 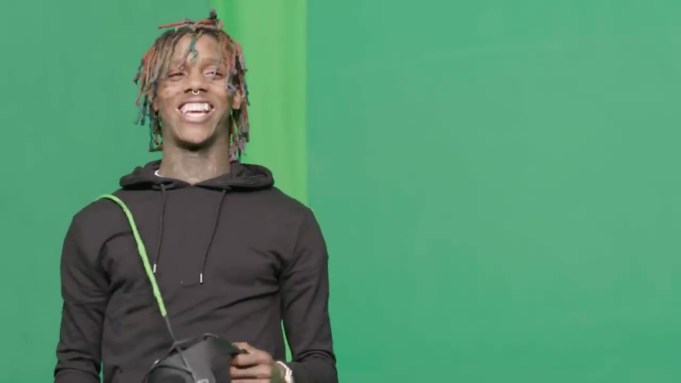 A YouTube channel (unfortunately) named 88 Rising published a compilation video on Sunday of rappers attempting to save a cute puppy in virtual reality. Kotaku spotted the footage and it’s as filthy and fun as you’d expect.

The musicians are brought into a studio full of green screens and strapped into a VR headset. Then, they’re tasked with rescuing an adorable cartoon pug that’s sitting on a beam atop a skyscraper. They’re never in any real danger, of course, but their brains don’t know that. It probably also doesn’t help that some of them are, as one puts it, “High as #$%&.” A lot of cursing ensues.

“I’m off the Percocet, y’all about to give me a heart attack,” said Wifisfuneral as he surveys his virtual surroundings. “Dude, I feel like Spider-Man. It looks like we’re in New York right now.”

“This is amazing!” said Saint Jhn. “Nobody could keep me from that dog. From DMX, my little dog. I rescued that! This ain’t virtual reality, it’s compassion.”