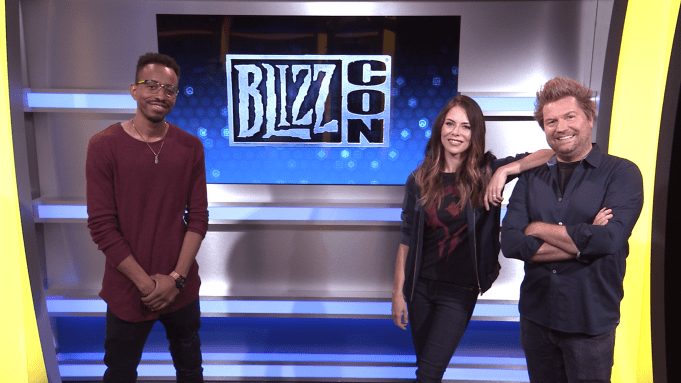 The convention about all things Blizzard, including “Diablo,” “Hearthstone,” “Heroes of the Storm,” “Overwatch,” and “World of Warcraft,” runs from Friday through Sunday.

You can watch a cross-section of panels and ceremonies right here and then stick around as we cover the news of the day, and the show. And of course, this year’s conclusion to the show is going to feature not one musical act, but three. You can read all about that and the work going into BlizzCon and its expansion right here.

Online viewers can tune in for free to see the pre-show and opening ceremony on the BlizzCon All-Access Channel starting at 10:30 a.m. PT. This time around free livestreams will also be made available on Blizzcon.Com, via the BlizzCon mobile app for Android and iOS and using the BlizzCon TV app and the Blizzard Battle.net desktop app. There are also more than 100 third-party channels streaming this year’s show.

For a full rundown of everything going on at this year’s show and how you can catch it, make sure to check out Blizzard’s official and very detailed guide.

The big news and our interviews:

Orphea Is ‘Heroes of the Storm’s’ Latest Character

‘Destiny 2’ Free To All Battle.net Members For A Limited Time

‘Diablo’ is Coming to Mobile

Blizzard: ‘Diablo Immortal’ Developed From Scratch, Not Built on Bones of Any Game