Continue to Variety SKIP AD
You will be redirected back to your article in seconds
Jul 10, 2018 3:17pm PT 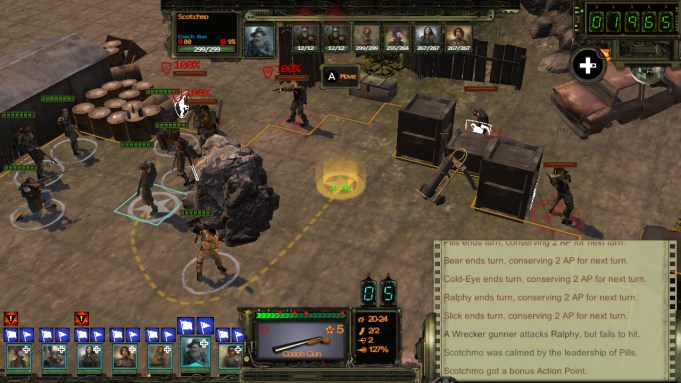 A turn-based role-playing game set in a post-apocalyptic American Southwest, “Wasteland 2” has over 80 hours of content. The director’s cut is an enhanced version of the original game and includes a number of fresh additions and improvements. Players can give their characters new perks and quirks, special personality traits that bestow unique bonuses or drawbacks. Precision strikes add a new tactical layer to the game’s combat. Players can cripple enemies by shooting them in the leg or knock them senseless with a blow to the head, for example. InXile has also added over 8,000 lines of new voice-over dialogue for characters and companions.

“Wasteland 2” is the sequel to Interplay’s 1988 role-playing game “Wasteland.” The original is notable for being the first-ever post-apocalyptic computer RPG. Almost a decade later, Interplay took its setting and concept and used it as the basis for the popular “Fallout” series. InXile Entertainment funded “Wasteland 2” through Kickstarter in 2012, raising over $2.9 million for the project. It launched on PC in 2014 after some delays. It was well-received by critics and it won a game of the year award in 2014 from PC World.

InXile is currently working on “Wasteland 3.” This time, it turned to crowdfunding and publishing platform Fig to finance development. The project raised over $3 million. Set in Colorado, it will feature revamped action and dialogue systems, synchronous or asynchronous multiplayer, environmental dangers, and vehicles. It’s expected to launch on PC, Mac, Linux, PlayStation 4, and Xbox One in late 2019.