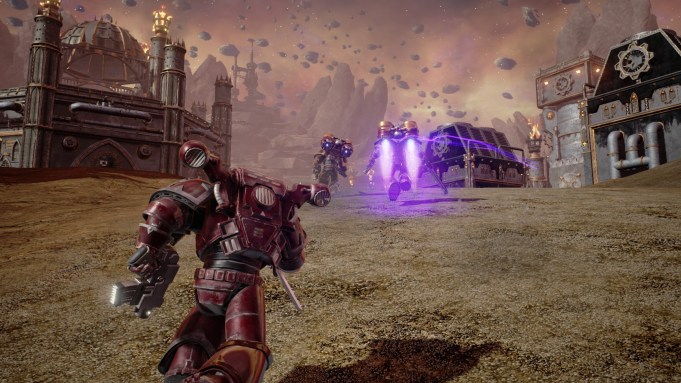 Boylan previously captivated audiences with both “Guardsman” and “Helsreach,” two excellent short films based on different aspects of the in-game universe. Both projects utilized animation and live-action segments and impressed fans of the long-running series. Games Workshop, the manufacturer behind the “Warhammer” series, was impressed enough by said films to recruit Boylan for its new animated series, which is set to release in 2019.

They’re forced to travel back in time in their mind to a time when the Blood Angels’ Primarch, or leader, was killed. It’s all very cheery, of course, as is the nature of the “Warhammer” universe in general. The new animated series will follow the Blood Angels dealing with things of this nature as well as aliens, other factions looking for trouble, and much more.

There’s no specific timeline on when we’ll see the product of Games Workshop teaming up with Boylan, but given his pedigree with past fan films, we can likely expect something polished to come of this union.