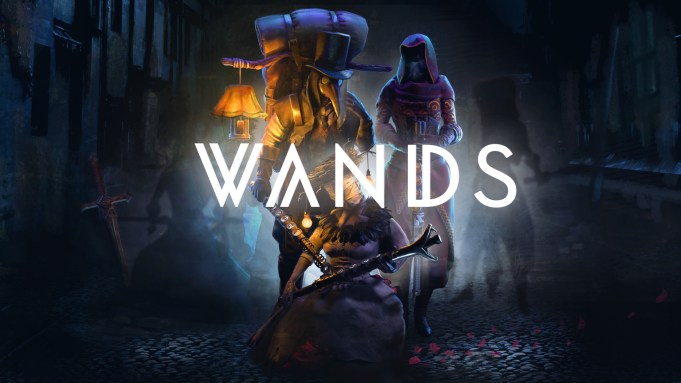 “Wands” has a new update, Sanctum of Sahir, releasing on June 26, according to a press release.

“Wands” is a first person VR title in which players can challenge other players online in magic duels. The new update 1.4 will be available for all of the current platforms “Wands” is available on: Oculus Go, Gear VR, Oculus Rift, Google Daydream, HTC Vive, and Pico.

The update is titled after a new map coming to the game, which will have three separate sections for players to duel through, starting at a temple and ending in the burial site of a “long forgotten king.” The Sanctum of Sahir map will also bring the danger of sandstorms and deadly poison to the environment.

The Sanctum of Sahir update will also bring an overhauled workshop experience. “We’ve basically rebuilt the whole thing from the ground up, making it more spacious, streamlining the functionality of the various stations, and adding a bunch of other improvements,” the press release stated.

Swedish developer Cortopia has also added a tutorial to help new players familiarize themselves with the basics of the game, as well as level progression updates which will help players unlock more spells quicker than before.

Some cosmetic changes have also been made, with mask and outfit items being replaced with “character based appearances.”

Cortopia has also noted that items in players’ inventories before the update will be converted to the in-game currency, dust. Players will find that the amount of dust it will cost to replace said items automatically in their account after the update.