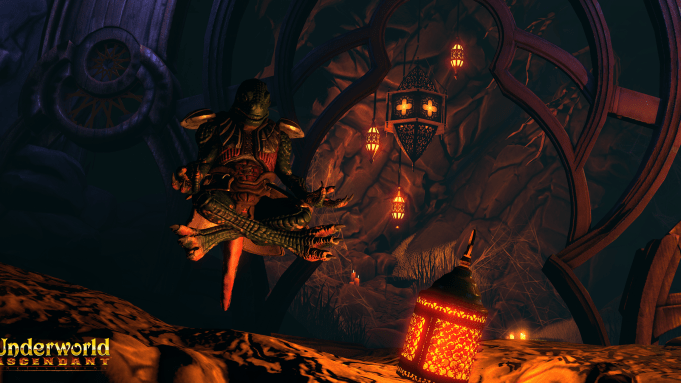 “Underworld Ascendant,” the fantasy-themed action RPG from OtherSide Entertainment, is heading to PC later this year, with additional console versions scheduled for release in 2019.

The crowd-funded game, which takes inspiration from “Ultima Underworld,” is a sprawling adventure from the same person who took on the original “Ultima Ascendant” so many years ago: Paul Neurath. As such, the game follows much of the same mechanics and outlines of the “Ultima” games, and finds players forced to delve into the Stygian Abyss as the titular “Ascendant” character.

The journey necessitates the defeat of a character named Typhon, the nemesis of both the Ascendant and a mysterious character named Cabirus, who brought the Ascendant to the Abyss in the first place. Using a wide variety of abilities, spells, and items, you’ll delve further into mazelike dungeons on your quest to make things right. It’s a hardcore quest meant for those who aren’t as keen on having their hands held throughout dark, fantastical settings.

“Underworld Ascendant” will be available on PC via Steam on Nov. 15, 2018, with Xbox One, PlayStation 4, and Switch versions slated for release sometime in 2019 for $29.99. There isn’t a concrete date as to when we can expect those particular iterations, however.

Currently, OtherSide Entertainment is busy bringing “System Shock 3” to life along with publisher Starbreeze, with developer Warren Spector helming the project. That particular project has been quiet as of late, but clearly the company has had its hands full with “Underworld Ascendant” for the time being.