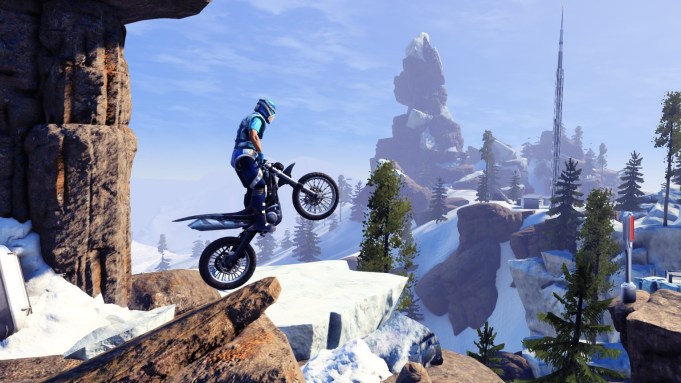 A new “Trials” motocross game is on the way, Ubisoft revealed Monday.

“Developed by Ubisoft RedLynx, based in Helsinki, and Ubisoft Kiev, ‘Trials Rising’ will introduce riders to tracks set in famous real-world locations with creative twists,” the publisher announced. “With more tracks than ever, ‘Trials Rising’ will challenge players to earn a spot on the leaderboards, compete against other riders, and take on contract challenges from in-game sponsors to rise through the ranks on their way to ‘Trials’ glory. The game will feature local and online multiplayer, as well as the ability to compete against the ghosts of other players’ best times in single player.”

The game will feature a new cooperative mode called “Tandem Bike,” allowing players to split control of a single across two separate gamepads. “Players will also be able to customize the look of their riders and bikes, and then share their creations with the community for a chance to earn rewards if other players decide to use their designs.”