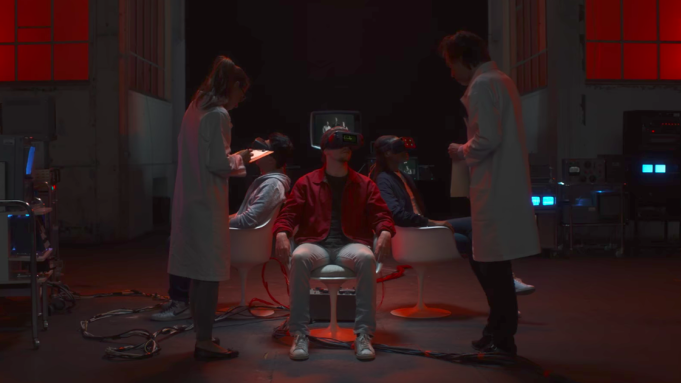 “Transference,” the trippy psychological thriller from Ubisoft and SpectreVision, was on hand during Gamescom 2018. In a new gameplay walkthrough trailer, it was revealed to be an even spookier affair than players had imagined.

The video finds players heading down to a large red Harmony Labs door with a “keep out” sticker plastered on the front before abruptly turning around and heading to another creepy location. A voice whispers “this was our house,” and there’s a figure seen running away at the end of a dimly-lit corridor, clearly decorated for a child’s birthday party. Eerie whispers of a child asking “have you seen my dog?” and other bizarre goings-on litter the segment, and it’s truly disconcerting.

The game is described as a journey into a “corrupted mind,” which has chilling implications. The atmosphere is similar to “P.T.,” prototype of Hideo Kojima-helmed “Silent Hills” with real-life horror sprinkled throughout. There’s a selection of strange prisms that dot the landscape as well, with some frankly disturbing sound effects and situations to explore.

“Something’s gone wrong,” a voice is overheard saying near the end of the clip, after a frenzied young boy calls for his father, asking him to “tell him what to do.”

“Dad, I’m scared, there’s something here with me!” cries young Ben as his father prompts him to go to the garage. The video doesn’t show what’s chasing the child, but it will likely be something terrifying.

“Transference” is headed to PlayStation 4, Xbox One, and PC on Sept. 18. It has doffed its previous VR requirement, and there is now a demo available for players to try out via the European PlayStation Store. The project, partially the brainchild of actor Elijah Wood, certainly looks like it has the potential to chill players.