Why Tony Hawk Brought His Signature Skateboarding Game to Mobile 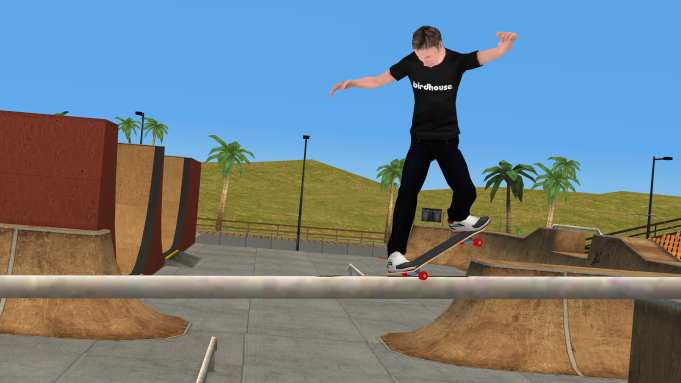 Famed skateboarder Tony Hawk returns to gaming with the launch this week of “Tony Hawk’s Skate Jam,” and yes, it’s a mobile game. But Hawk tells Variety that the time is ripe for his signature gameplay to land on smartphones.

“The time has come,” he said, “I haven’t done a game for a few years and I never got to explore what was possible with mobile. “

“Tony Hawk’s Skate Jam,” which officially launched on the App Store and Google Play on Thursday, is a free-to-play title that was developed by LA-based Maple Media and shepherded by Hawk himself. That’s obvious from the moment you drop into the game. Hawk voices the short tutorial and occasionally reacts to the tricks you succeed or fail at while playing. He’s also a sort of power-up character you can unlock by pulling off enough tricks in a session and activating him.

Hawk said that he thinks now is a great time for skateboarding games to make a comeback, adding that mobile is the one space such games have been missing. That’s not entirely true, there are a number of skate games available on mobile, but none try to replicate the look and feel of the classic Activision Tony Hawk games. And that’s exactly what “Skate Jam” was going for, he said.

“It’s definitely inspired by the earlier games in the series,” he said. “This looks far better than the game looked on the PlayStation One or PlayStation 3. My main job and objective of this game is to get it feeling like those old games, to get that retro control scheme and button combos.”

In action, it feels like “Skate Jam” has delivered. Players use a virtual thumbstick on the left side of the screen to maneuver their skater and then rely on a large virtual jump button, and virtual buttons for grind, grab, and foot moves to land tricks. The scoring system, like those old “Tony Hawk” games, build up as you chain moves together and can quickly disappear if you crash a landing, earning not only no points but an occasional “gnarly” or other comment from Hawk.

“The trick scheme is one that people most associate with me,” he said. “It includes a combination of more standard tricks and some classics. They’re not necessarily my signature moves, but some of those are in there too.”

In terms of other inspiration for this “Tony Hawk” game, the skater said he also looked to “Mario Kart.”

“In terms of excitement and challenges I’ve always been a huge ‘Mario Kart’ fan,” he said. “Not that this is a racing game, but I feel like that energy is there.”

The game also comes packed with an impressive set of music that plays as you skate your way through the game’s many maps.

“I had a hand in selecting all of the tracks,” Hawk said. “I’m trying to make it as diverse and well-rounded as previous games.”

The game modes include the ability to drop into a skate session in a number of generic career locations, like West Coast, Baja or Southwest, as well as a global online Skate Jam mode and daily challenges.

“Expectations for this game are high,” Hawk said. “There’s always a chance of pushback because it’s on mobile, but I’ve wanted to do this for a long time and I’m really proud of it. It’s a really fun skating game.”