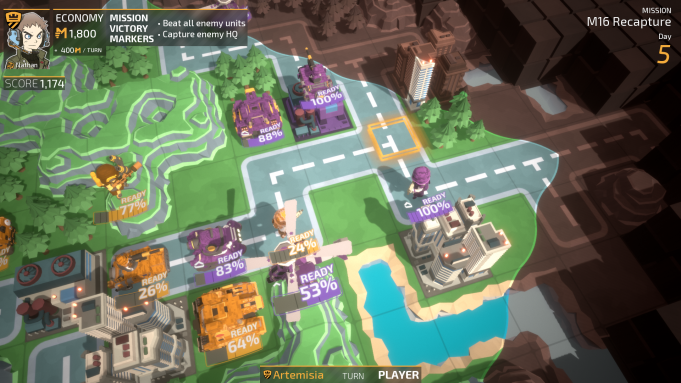 “Tiny Metal,” the “Advanced Wars”-like from developer Area35 and Sony publishing label Unties, is receiving a free update that delivers its online multiplayer mode to the Nintendo Switch, PlayStation 4, and Steam. The update also brings with it an extension to the story-driven campaign entitled Act V, which introduces six new missions.

The online mode features 11 maps that can be played with friends online. The mode does require a Nintendo Online account to play on the Switch.

“’Tiny Metal’ already delivers a great single player experience with deep, nostalgia-inducing gameplay reminiscent of ‘Advance Wars,’” Hiroaki Yura, the game’s director at Area35, said in a prepared statement. “Now we’re taking it a step further, enhancing what’s already there while opening it up to the new opportunities for fun and strategy that can only come from playing against another human being.”
Comments
Loading comments...