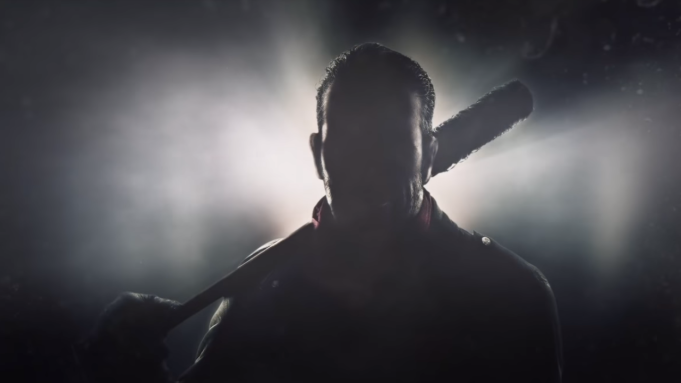 “The Walking Dead” villain Negan will be a playable character in “Tekken 7’s” second season, publisher Bandai Namco revealed on Sunday during the Evo tournament in Las Vegas.

“Your eyes do not deceive you, your pounding heart does not betray you; Negan from ‘AMC’s The Walking Dead’ is making his way into ‘Tekken 7 to deal a world of pain in the ‘Tekken’ universe,” Bandai Namco said. “Negan, beloved by fans of ‘The Walking Dead’ for his charismatic yet sinister demeanor, is ready to destroy all challengers, regardless of their stature in the ‘Tekken’ universe.

Negan is one of six new DLC characters coming to the fighting game in Season 2. Two others were teased on Sunday — Anna Williams and Lei Wulong. Anna has been part of the franchise since the beginning, while Lei was first introduced in “Tekken 2” and makes his long-awaited return. Bandai Namco showed some gameplay footage of the two fighters in a teaser trailer, but we’ll have to wait a while to see Negan (and his trademark baseball bat Lucille) in action.

Last year, “Tekken” series director Katsuhiro Harada dismissed the idea of adding “The Walking Dead” baddie to the game after a fan suggested it on Twitter. “With “Lucille”? Haha, nice idea. He is a historic villain, but he is too weak as a fighter. IMO,” he said.

with "Lucille"? Haha nice idea.
He is a historic villain, but he is too weak as a fighter. IMO

RT@miranbikhan Negan from The Walking Dead

“Tekken 7” launched worldwide in June 2018 and has reportedly sold over three million copies to date.