Explore Lovecraftian World of ‘The Sinking City’ in New Trailer 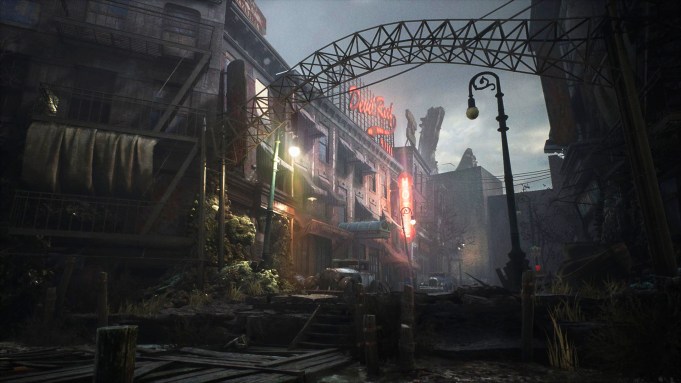 Frogwares released another trailer for its upcoming adventure game “The Sinking City” on Tuesday and it’s like a creepy, Lovecraftian version of “Groundhog’s Day.”

“The Sinking City” takes place in the fictional village of Oakmont. Once a flourishing industrial city, it’s now devastated by flooding. The trailer shows protagonist Charles Winfield Reed waking up on an Oakmont street. As he investigates his surroundings, tommy gun in hand, he finds mysterious floating doors, eldritch symbols, and a statue of Cthulhu. He’s attacked by a tentacled horror. As it drags him to his doom, he sees himself lying in the street. Then, he wakes up and repeats it all over again.

This latest trailer is as moody and unnerving as the previous one, which depicted the world’s worst five o’clock shadow. But, neither video shows any real gameplay and it’s hard to get a sense of what players will actually do in Oakmont besides soak in the Lovecrafting atmosphere. Hopefully, we’ll get to see some actual gameplay soon.

Frogwares, perhaps best known for its “Sherlock Holmes” adventure series, has said players will get to investigate crime scenes, interrogate witnesses, and engage in some combat. There will be about 30-40 hours of gameplay total. While it’s not an official adaptation of H.P. Lovecraft’s works, Frogwares said its team members are devoted fans of his work and see the game as an expansion of the Cthulhu Mythos.