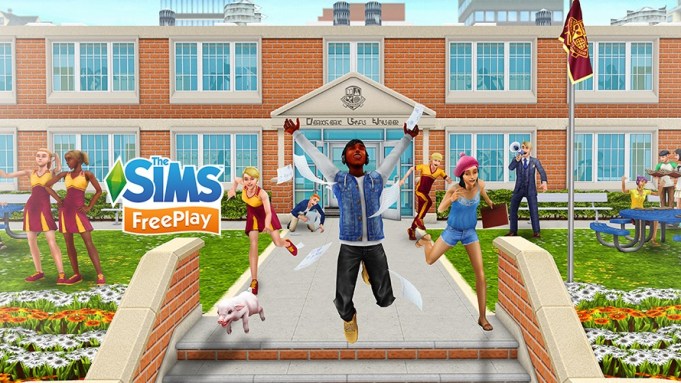 “The Sims Freeplay” got a new update on Monday that adds an augmented reality multiplayer feature to the game.

The new Brilliant Backyards update uses ARKit technology to display the Sims universe in the real world. Players can team up build their dream homes with thousands of virtual objects, publisher Electronic Arts said. They can even tie the AR feature to a specific location they can come back to anytime.

The AR feature is compatible with iPhone 6s or later, iPad Pro, and iPad (2017).

The Brilliant Backyards update also ushers in an all-new live event. Starting now through Oct. 23, players can show off their green thumbs by customizing gardens with new plants, planter boxes, birdhouses, and water features. They can even unlock a Brilliant Backyard House.

Meanwhile, the Fashion Designer Stockings Hobby Event takes place between Oct. 31 and Nov. 10. As the name suggests, it will let players style their Sims with a variety of colorful and patterned stockings. There’s also a Day Spa Live Event running from Nov. 11 through Nov. 27 for players who want to pamper their Sims.

Finally, the Halloween Ghost Flustered Seasonal Quest kicks off on Oct. 23. Players can unlock quirky colored body paints and sleepwear and take part in summoning and scaring away ghosts.

“The Sims Freeplay” is a free version of “The Sims” for mobile devices. It first launched in 2011. Earlier this year, developer Firemonkeys finally added pregnancy to the life simulation game, a feature fans have apparently asked for for the last six years.