E3 Trailer: ‘The Last of Us Part 2’ Shows Off Stealth Gameplay 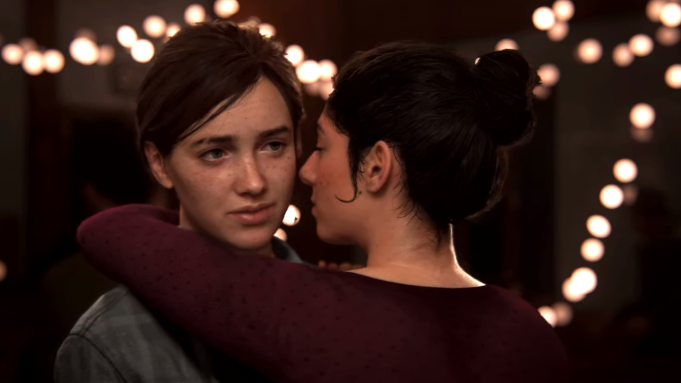 “The Last of Us Part 2” has a new story trailer and gameplay footage, Sony revealed at their E3 Showcase Monday evening.

The highly anticipated title was the opener for Sony’s press conference, introduced by a banjo rendition of the main theme song of “The Last of Us.”

The trailer opens with Ellie at a party, as she watches a young woman, Dina, dancing. Ellie is then approached by a young man, Jessie, who commiserates with Ellie over his dislike of social gatherings before bringing up Dina’s dancing, insinuating that the two characters have a history.

Dina then comes up to Ellie, and the two share a conversation and a kiss before the story trailer seamlessly blends into a look at gameplay.

The upcoming title is a sequel to Naughty Dog’s 2013 hit “The Last of Us,” set five years after the events of the original. It’s unclear from the trailer the timing of the events at the dance, but it would appear that Joel is a key part of Ellie’s life, as Jessie references Ellie’s “old man” — the only mention we have of Joel in the trailer.