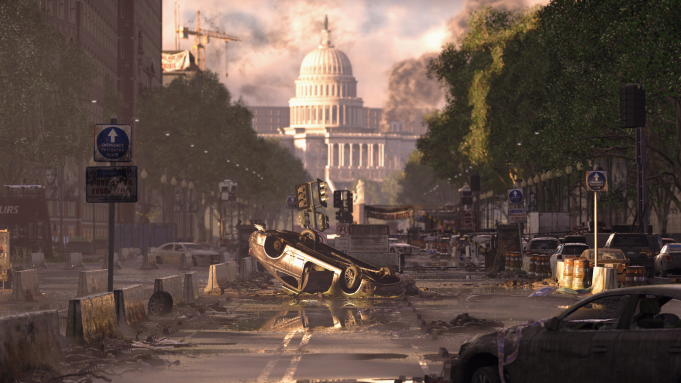 Ubisoft’s “Tom Clancy’s The Division 2” officially launches on Mach 15 and is available for pre-order now, Microsoft revealed during a special Gamescom episode of Inside Xbox on Tuesday.

People who pre-order will get access to the closed beta. They’ll also get the Capitol Defender Pack, which includes two exclusive in-game items: a shotgun called the Lullaby and a hazmat outfit.

Ubisoft is offering three versions of the game: Standard Edition, Gold Edition, and Digital Ultimate Edition. The Standard Edition just comes with the base game. People who buy the Gold Edition get the base game plus three-day early access starting on March 12 and the Year One Pass, which includes seven-day early access to all Year One episodes, exclusive customization items, and more. The Digital Ultimate Edition includes everything in the Gold Edition, plus three additional packs containing in-game items.

“The Division 2” takes the series from the wintry streets of New York to a collapsing and fractured Washington, D.C. Like its predecessor, it will feature a wide variety of iconic landmarks and realistic environments. It takes place seven months after the events of the first game, as the nation’s capital struggles to rebuild. The Division, a unit of civilian sleeper agents, must work together to stop enemy factions from taking over D.C.

In a recent interview with Variety, Red Storm (a subsidiary of Ubisoft working on the project) said it’s focusing on the lessons learned from the first game while developing the second.

“We learned so much from the first game and learned how fast [players] can consume content,” Terry Spier, assistant creative director at Red Storm, said. “It is a common trap for a lot of games. Somehow gamers fit 72 hours in a 24-hour stretch. They consumed the first game in a wonderful manner. We want to make sure we give them as much as they want from the start.”

“We are making sure we give them that deep gear game and customization we know they’re after. And we’re making sure we deliver on this setting. I think the brand itself is now known for one-to-one creations of the world.”